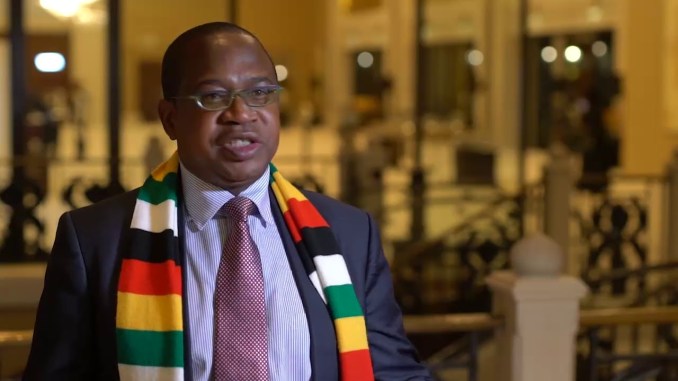 THE country’s Gross Domestic Product (GDP) has risen to US$24 billion owing to sound financial policies introduced by Government to replenish its coffers, Finance and Economic Development Minister Professor Mthuli Ncube has said.
Speaking during the role and importance of youth engagement in the era of the National Development Strategy (NDS 1) seminar at the National University of Science and Technology (Nust) in Bulawayo yesterday, Prof Ncube said the country which has now cascaded the GDP to district level has surpassed $1 trillion in its annual earnings.

Prof Ncube said the country’s provincial per capita incomes have also risen to more than US$3 000.

“We now know the size of the provincial economies around Zimbabwe. For the Bulawayo Province the economy basically is about US$3 billion in size, while Harare is close to US$10 billion more than double the size of Bulawayo.

In terms of per capita income Harare is ahead with about US$3 600 equivalent per person and Bulawayo is about US$3 100.

“We are aware of these economies but in the other provinces which are not city or metropolitan provinces we want to go down to the district. We are going to measure the GDP for every district in a province. We will have GDP at district level, at provincial level which will all add up to GDP at national level. Currently GDP at national level is about US$24 billion equivalent if not likely higher than that just over ZWL$1 trillion equivalent. I allocate a five percent of the national budget to devolution agenda,” he said.

Prof Ncube said the Government had cleared all the inefficiencies within the financial system and its accounts were clean.

“The books of Government are completely clean. Our current accounts surplus is currently at 4 to 5 percent of the GDP. We have made a lot of progress and if you look at the growth profile, we are expecting a growth rate of 7.4 percent,” he said.

Prof Ncube said the economy was poised for growth due to an anticipated bumper harvest this season which is expected to surpass 2.5 million tonnes.

“We are posed for a bumper harvest this season. We are expecting more than 2.5 million metric tonnes of maize. We may have surplus for exportation. We are developing the infrastructure at our granary so that we have enough storage facilities,” he said.

“In the area of health and wellbeing as Government we are determined to run the vaccination programme. Our aim was to see if we can procure 1 million vaccines a month for the next four to five months. So far we have procured about 1.8 million vaccines and we are due to receive additional vaccines as we go forward.

In areas such as Victoria Falls where we want to open up tourism, we have decided to vaccinate all adults, with a population of about 44 000 people in Victoria Falls and we have got about 25 000 or so adults we will vaccinate all of them and l think we are about to finish,” he said.