Zimbabwe’s most notorious criminals locked up in the UK 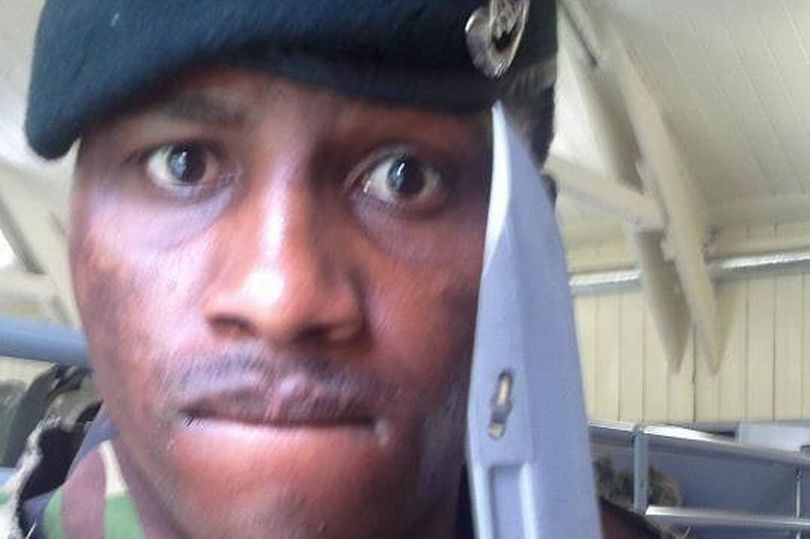 These Zimbabwe’s most notorious criminals in United Kingdom grab headlines and leave a legacy of destruction with court cases that shocked the nation over two decades.

Notorious criminals can be bank robbers, rapists, gangsters, and even  killers. There is no single factor that puts them on the list of the most notorious, but these criminals are among the most vile and talked about villains the Zimbabwe has ever seen.

9 murders committed by Zimbabweans abroad that will shock

Garikayi strangled his wife to death and then hanged himself in their home in what police are treated as a murder-suicide.

Simbiso Aretha Moula, 39, and her husband Garikayi Moula, 51, were both found dead in their home at their home in Lower Mardyke Avenue, Rainham in east London in Januray 2019.

Officers were called to at the couple’s home at 7.50am and found the cause of Simbiso’s death as compression of the neck while Garikayi’s death was suspension.

Tapiwa stabbed his ex-girlfriend to death in an “unprovoked, selfish and frenzied attack” as her mother watched and was jailed for a minimum of 26 years.

Furusa, of Clarendon Way, Colchester, attacked 22-year-old Leigh-Anne Mahachi outside her home in Sheffield as she left for work on April 12, 2016 South Yorkshire Police said.

Furusa, then 37, was sentenced to life in prison at Sheffield Crown Court after pleading guilty to murder at an earlier hearing.

9 murders committed by Zimbabweans abroad that will shock

Mazikana was jailed for life for stabbing his estranged wife to death in west London.

At Southwark Crown Court, Gibson Mazikana, 41, was sentenced to life with a minimum of 27 years, for the murder of Emily Munemo on 19 August.

Ms Munemo was found with stab wounds at a property in Collingwood Road, Hillingdon, on 30 January 2015.

Gurure reportedly assaulted Mubvumba in a drunken argument and she suffered injuries including having her liver removed and a finger cut off.

Gurure, who pleaded guilty to murder, was sentenced to life imprisonment. The morning after he killed Mubvumba he rang relatives and confessed to the crime.

Waiter Thomas , was jailed for 11 years over a frenzied knife attack on two men at a birthday party in 2014.

Thomas Mahasoh left one of his victims, aged just 18, fighting for his life with a stomach wound while the second man, 20, was stabbed in the leg.

Brian Kandare (29) and Precious Kandare (37) have been jailed after admitting the manslaughter of eight-month-old Rebecca, who died from pneumonia in January last year.

She stopped breathing at her parents’ Apostolic Church of God, where a 20-strong congregation held prayers in a converted garage in the back garden of a house.

At the time of her death, Rebecca weighed just 5,24kg.

Bopoto was arrested and denied rape, but a jury who heard the audio recording at Bristol Crown Court convicted .He was jailed for six years.

A senior mental health nurse who had sex with a teenager in his care has been jailed for seven years and eight months.
Givemore Gezi, then 40, groomed the girl, who had a history of mental illness, after starting to treat her in 2017.
Judge Timothy Rose told Gezi, from Devon, that he had committed “an exceptional breach of trust”.

Three men including a young Zimbabwean who posed as gangsters to carry out a string of gun-point robberies on taxi drivers have been jailed for a total of 26 years.

Al-Hazzar Aremu, Brandon Makumbe and Silindokuhle Mabaso thought they were untouchable before being snared by detectives at Northumbria Police.

Jean Tugwete was employed as a personal assistant and she falsified company credit card statements to try and hide her spending spree. Tugwete was sentenced at the Old Bailey  for a massive £264 000 fraud in the UK to three years and six months in jail, having previously pleaded guilty to fraud by false representation and false accounting.

Josphat Mutekedza ‘lay in wait’ for nurse Miriam Nyazema, 37, after breaking into her home in Shawclough Way, Rochdale , in July 2016.

When she returned home with a male friend, an enraged Mutekedza grabbed her round the neck before threatening her with an imitation gun.

A scuffle followed which culminated in powerfully-built Mutekedza stabbing the Zimbabwean-born 23 times in the face, head and chest with such ferocity that the blade snapped and was left protruding from her back.

Dexter Landsberg, 36, in 2014 is believed to have assaulted his 33 year old wife Madina before killing her. The couple, with three kids, had been living seperately in recent months following reports of persistent domestic problems.

A man identified as Hillary Khumalo has been all over news after getting arrested in Ireland for attempted murder of his lover after she confronted him of cheating.

A Zimbabwe-born drug dealer who murdered a man for failing to pay a £10 debt has been jailed for life and faces deportation.

Joseph Zulu (left) has been jailed for life. Nicholas Grant was given 11 years for manslaughter
Joseph Zulu, 23, stabbed Adam Watt, 38, outside his Hemel Hempstead home with such force the knife cut through bone in his upper chest.

St Albans Crown Court heard Watt had been punished “for running off”.

In 2015, Chihota was convicted of raping a 12 year old girl.The judge slapped him with a five(5) year jail term for grooming and then pleasuring himself on the innocent minor.He has been deported from the United Kingdom.

Marova , a father of four was  jailed for 12 years  in 2015 for attempting to rape a disabled woman in her home in the UK.It is alleged that Bonface Marova invited himself into the victim’s Leicester home after she had taken pain relief medication and was drowsy.