HARARE – MDC Alliance presidential candidate Nelson Chamisa has pledged to change the title of traditional leaders from chiefs to kings, saying the former title was imposed by colonialists who wanted to belittle the institution. 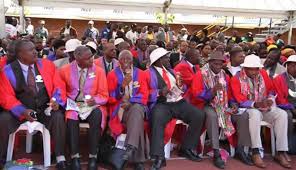 Addressing thousands of party supporters at a campaign rally in Chiredzi on Sunday, Chamisa who will battle it out with President Emmerson Mnangagwa on July 30 for the country’s presidency, said prior to the colonialists’ encroachment into their colonies, Africans had no chiefs, but kings.

“Our colonisers reduced our traditional leaders from kings to chiefs because they wanted to belittle the traditional leaders’ institution but we want to revise that once you elect me into office in August. This is what they do in Ghana and other African countries,” Chamisa said.

His campaign trail has taken him to almost every corner for the country, including rural areas which were considered no go areas for the opposition during former president Robert Mugabe’s reign.

Chamisa is promising to radically transform the country in terms of its infrastructure, social service delivery as well as the governance structure but critics have dismissed the 40-year-old presidential aspirant as too ambitious and lacking maturity.

Next month’s polls have generated a lot of interest globally with Mnangagwa and Chamisa emerging as the main presidential candidates, both contesting without their father-figures — deposed Robert Mugabe and the late Morgan Tsvangirai.-Dailynews