The Zimbabwe Revenue Authority (ZIMRA) investigating officer Charles Mwarira, who was supposed to be a key witness in an ongoing smuggling scandal at the Beitbridge border post was poisoned to death last week, the Zim Morning Post has reported. 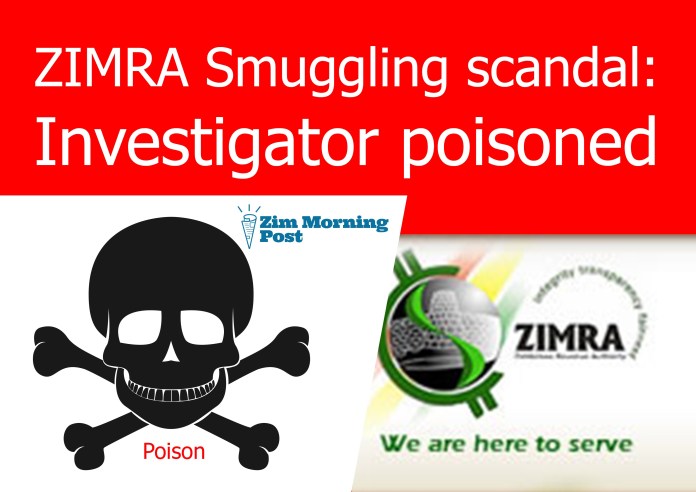 This comes on the backdrop of reports by this publication that Zimra is losing millions of dollars to a smuggling syndicate at Beitbridge border post, which implicates Zimra and the Zimbabwe Republic Police officers.

Sources close to the development said Mwarira is said to have been poisoned together with his cousin brother.

“Mwarira was poisoned. Before he died he mentioned that he was given some milk which he consumed together with his cousin who also died,” said the source.

“We are not sure who gave him the milk but all we know is that he was a state witness in a smuggling case.”

Zimra boss Faith Mazani confirmed that an official died, however she insisted that the late (Mwarira) was in the administration department.

“The person who died was in the administration and had nothing to do with investigations. I am appealing to the media to respect the grieving family,” she said.

As reported earlier on by this publication, smugglers are working in cahoots with border officials and money is exchanging hands.

When the Zim Morning Post team arrived at the border two weeks ago traders were paying between R800 to smuggle a fridge to Harare without paying duty. The money caters for the transportation of the gadgets, bribing the Zimra and ZRP officers and also to paying the middle men.

Zim Morning Post following a lead on alleged smuggling of goods by transport operators popularly known as malayitsha learnt that border officials are working hand in glove with the smugglers who are making a killing at the border post.

The business of smuggling has become very lucrative among Zimbabweans resulting in them buying cars to ease the conduct of their business. The observation by this publication in Musina showed that Zimbabwe registered vehicles dominate the town more than the South African registered vehicles.

According to Statutory Instrument (SI) Number 252A of 2018, goods pay import duty of between 15% to 60% whilst except ICT gadgets which are exempted from paying duty. However the syndicate between ZIMRA workers and smugglers is not paying any import duty and the number of people in this business is increasing rapidly