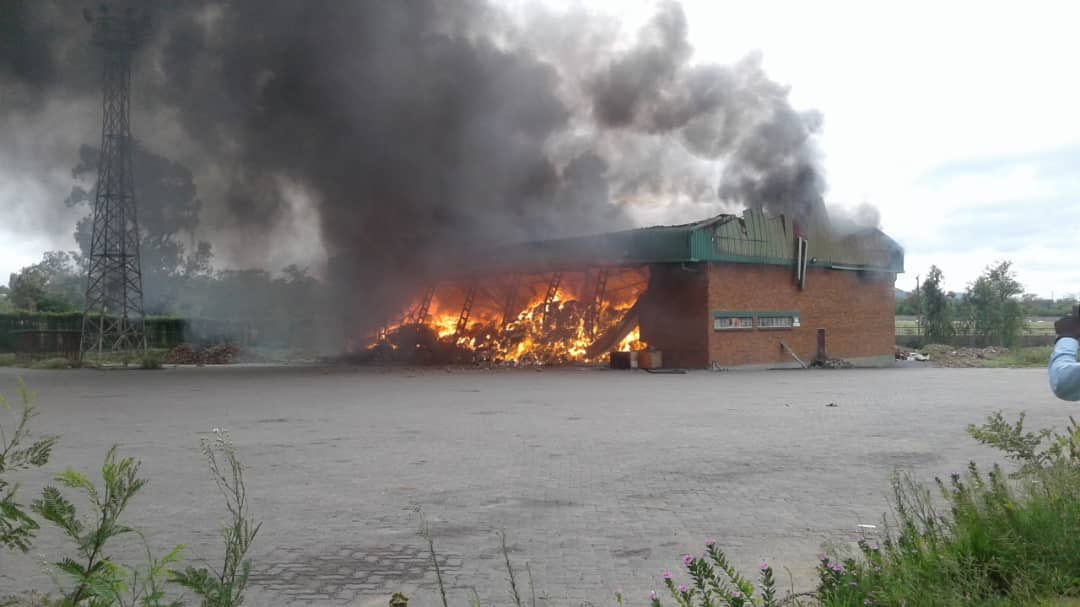 The Fire Brigade responded with one fire engine, which proved woefully inadequate for the raging blaze – the fourth such fire in five years.

Police and the Fire Brigade have opened a joint investigation to establish the cause of the fire.

The storage facility is located on the export side of the border post.

The fire broke out between 6 and 7AM, and had still not been put out completely by 9AM, according to locals.

In November 2014, the main warehouse for the Zimbabwe Revenue Authority (ZIMRA) went up in flames, the cause of which has never been established despite the government setting up a taskforce to investigate the blaze.

In July 2016, another warehouse was looted and set on fire during protests over statutory instrument 64 which removed specified goods from the open general import licence. Thirty-five vehicles caught fire in the incident.

An electrical fault was blamed for a fire that hollowed out another warehouse for imported goods in December 2016. Disposable diapers and blankets were among an assortment of goods which were in the anti-smuggling warehouse near the northern exit gate.-Zimlive