HARARE – The suitability and technical specifications of the six-year-old 80 motorised graders supplied to rural local authorities by the Zimbabwe National Roads Administration (Zinara) for the upgrading of roads was questioned in Parliament yesterday. 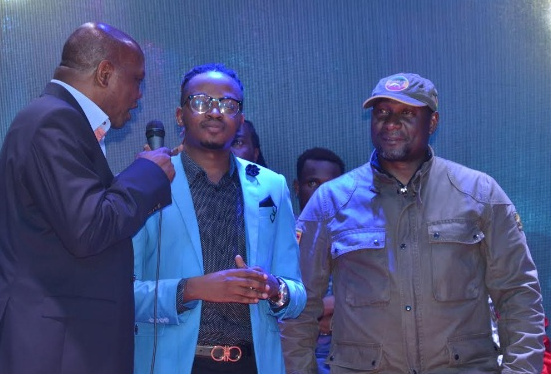 While the issue has remained a source of constant political bickering and conjecture since 2014, the roads manager plunged into controversy after asking Univern Enterprises (Private) Limited (Univern) to supply 40 more machines  — out of the initial tender — under a directive from ex-president Robert Mugabe’s government.

Despite winning an open $8 million tender for 40 graders in 2012 and being given a second mandate for similar equipment — under the same terms, price and within a calendar year of the PBR 1854/10/12 award — Univern has also taken some flak for allegedly supplying inappropriate machines after its Chinese contractor Sany Corporation chose to include a front-dozing plate on the earthmovers, which has elicited misconceptions that they were actually “snow graders”.

Even, though, the Harare-based technology firm’s private-public sector partnership with Zinara has delivered  103 000 kilometres of upgraded rural roads since 2013 and provided another batch of bulldozers under a June 2013 purchase order from the parastatal, vice president of the Association of Rural District Councils of Zimbabwe Patrick Chidhakwa told the parliamentary portfolio committee on Local Government the mistake by Univern was costing local authorities.

“We have 60 such graders in the country and if one breaks down say in Mudzi, you can spend two months without the machine. Their performance is not good. They are not durable nor are they suitable for our terrain. You cannot open new roads with them.

“We are just going with what is available. The problem is with spare parts because Univern had the monopoly of supplying. The other issue is that the parts are imported and that requires foreign currency,” he said.

He said the other problem with the graders was that rural councils were not allowed to repair the machines — with the suppliers being the only ones permitted to do so.

“The snow graders are not suitable for the country’s terrain. We hope that it does not happen again but they are giving us problems. Had we been consulted, we would not have accepted the snow graders. We want to be able to buy things that are relevant to Zimbabwe.

“The $28 million that we were given by Zinara should go towards procurement of equipment,” Chidhakwa said.

While Zinara and Univern have remained under fire for “pricing and technical” issues over the heavy-duty equipment, it has also emerged that the latter was chosen — on the initial 2012 deal — after beating 16 other bidders and who had quoted prices in excess of $400 000 a unit for the dozers.

And besides being involved in the process of drawing up tender specifications for the machines, several RDCs have come up with complaints that the equipment was lying idle because of its unsuitability for local conditions and just too expensive to run.-DN