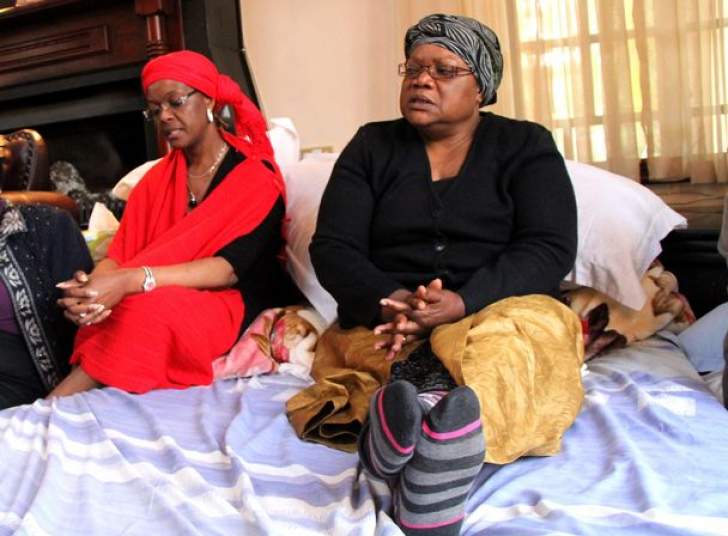 Former First Lady Grace Mugabe last week reached out to her erstwhile political rival and former Vice President Joice Mujuru to apologise “profusely” for publicly humiliating the latter, leading to her sacking from the government in 2014.

The two met in Zvimba for the first time in five years, and again last week on Wednesday, according to the Daily News. The publication’s sources are quoted as saying:

When Mujuru came, Grace broke down. She wept for 30 minutes and was inconsolable. She narrated how the president had died and then apologised profusely for the way they had treated her (Mujuru) in 2014.

She (Grace) even revealed the name of the person who was used to record and film Mujuru talking negative things about the former president.

Following Grace Mugabe’s elevation to the leadership of the ZANU PF Women Assembly, she went after Mai Mujuru, castigating her in public, accusing her and her Gamatox faction of corruption and incompetence.

Mai Mujuru was eventually fired by the then President, Robert Mugabe, in 2014 and went on to form a political party, Zimbabwe People First, alongside former ZANU PF stalwarts Didymus Mutasa and Rugare Gumbo.