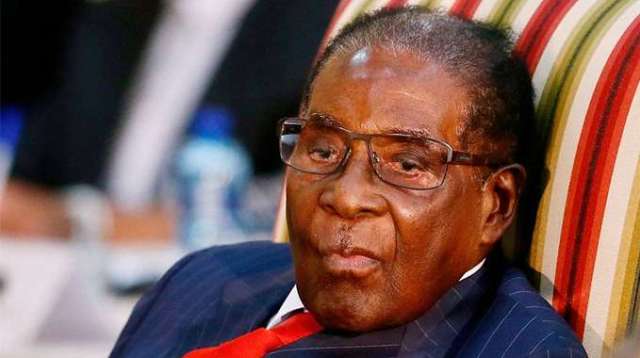 President Robert Mugabe peed in his trousers during the SADC extra-ordinary Double Troika Summit at the Gaborone International Convention Centre, theZimbabwenewslive.com can  reveal.

In the presence of four heads of state , Mugabe , 92 who is known to be suffering from prostate cancer proved he can no longer control himself .

According to information leaked by close aides   Mugabe   had to be whisked away by his security and had his pampers and suit changed to the surprise of other dignitaries.

“This was an embarrassing incident,” an unnamed close aide said in an interview yesterday.

Mugabe  looked exhausted as he made his way into the SADC Double Troika meeting venue. He was the last man in as he walked gingerly after a short flight from Harare on June 27.

In April 2014 , Mugabe boycotted  a meeting of African and EU leaders after his wife, was denied a European visa. Mugabe had argued that he wanted his wife with him all the time.

His spokesperson said it was ‘very strange’ that the EU had decided not to allow his wife to attend the the April 2-3 summit.

Speaking to the state-owned Herald newspaper, George Charamba added: ‘What God has put together the EU is trying to separate… Do they expect the President to respect the EU and disrespect his own marriage?’

Watch:Protesters Force Chinamasa to Sit in London Taxi for An Hour