You are at:Home»Main News»Nelson Chamisa Meets With British Ambassador Amid Allegations Of British Bias Towards Mnangagwa 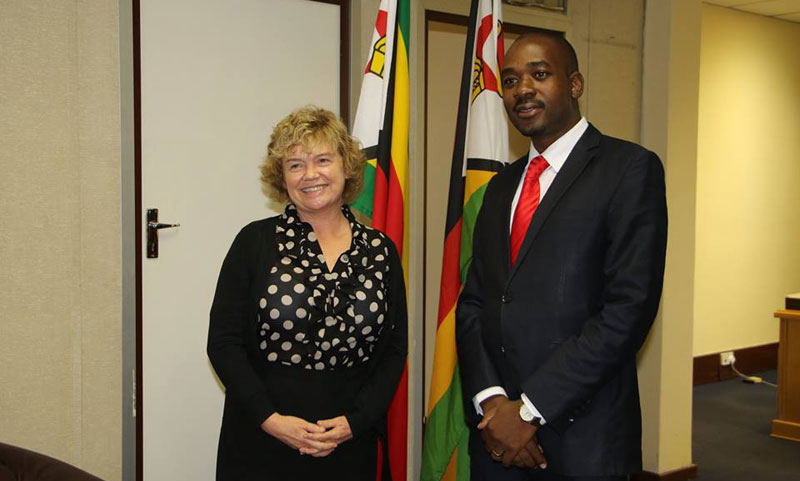 The opposition leader will discuss a number of issues which include the 2018 harmonised elections set to be held between July 21 and August 21.

This comes after the British, together with the Chinese have been accused of backing President Emmerson Mnangagwa ahead of the elections. The allegations have been made by opposition leaders, Professor Welshman Ncube of the MDC Alliance and Dumiso Dabengwa of Zapu.

The British have been at pain to distance themselves from the allegations with the Deputy Ambassador at the British Embassy, Simon Thomas, emphasizing that his country was only interested in how the elections are conducted. Thomas said that his country does not care who wins as long as the elections are done in a free, fair and transparent manner.