A PICTURE of embattled Zanu-PF political commissar Cde Saviour Kasukuwere apparently at a home of an evangelist from Guta raMwari in Bulawayo has gone viral on social media networks. 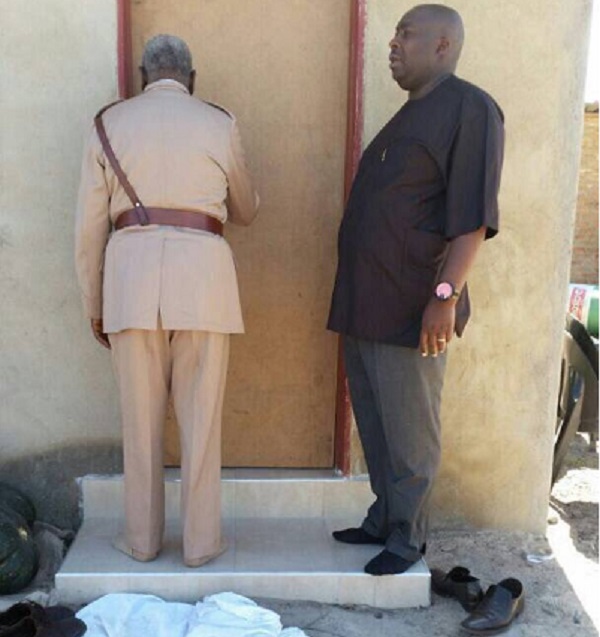 Cde Kasukuwere is under fire for allegedly plotting to topple President Mugabe through setting up parallel structures among a number of allegations against him.

His case has been discussed in the Politburo and his fate will be decided by the Presidium comprising President Mugabe and his two deputies, Cdes Emmerson Mnangagwa and Phelekezela Mphoko.

Cde Kasukuwere could not be reached for a comment yesterday as he immediately switched off his cell phone when our Harare Bureau tried to contact him to comment on the picture.

The picture circulating, however, shows Cde Kasukuwere standing without his shoes besides a man wearing a uniform associated with the Guta raMwari Church, who appears to be unlocking a door to a house.

It is not clear when the picture was taken.

Reads the statement: “Under fire National Political Commissar Saviour Kasukuwere went to Bulawayo and approached Evangelist Chamoto from Guta raMwari Church two months ago to seek help in connection with allegations levelled against him by the 10 provinces which demonstrated against him.

Church rituals were done starting from the door step where he was asked to remove his shoes and went inside the room called Ngarava.

“The Evangelist prayed and promised him that the case would be dealt with in the Politburo but no decision would be made with regards to the case by the President.”

Cde Kasukuwere was rejected by nine out of the 10 Zanu PF provinces.

A probe team chaired by Advocate Jacob Mudenda found Cde Kasukuwere guilty on the many charges he was facing including fanning factionalism in provinces, corruption and abuse of office.-ZP