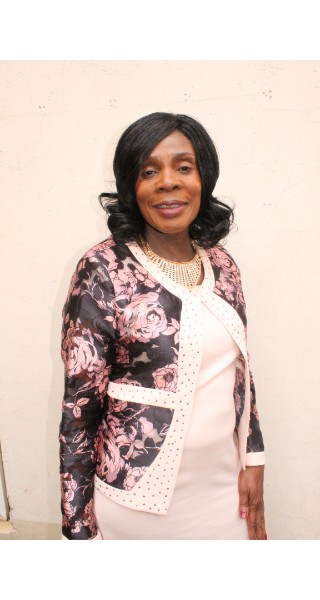 Christine Rambanepasi nee Java the late was a Zimbabwean politician and a member of the MDC Alliance. In 2018 she was elected the Senator for Buhera district. She died today, 3 January 2020 after battling cancer.

This was announced by Prophet Passion Java his son in a facebook post. He said “The womb that carried Passion Java. The general that brought forth the prophet. The hands that nursed an enigma, the man and his mission. The mother that bore me and transported me in to this world from the other world has gone back to the one who is above all, the creator of the universe. As I reminisce even just a few seconds after the happening I look back to the love and cover she gave me here on earth and looking beyond the curtain of time I see her embracing her maker. I am touched and I am crushed at the same time but as a man that understands the spiritual, the Bible says in 1 Thessalonians 4:13

“let not us mourn as those with no hope”

… so I mourn knowing where my dear mother is. She is in heaven and the recesses of my mind I ask … will she dance for Jesus, will she shout hallelujah or in awe is she standing and staring at Jesus?

Its too much to take but I thank God for all has done for my mother. She experienced my growth in the Lord and saw the Lord use me in many countries & the Lord blessed me enough to honour her and reward her for all she did for me plus more although no one can really repay a parent. She left after living a fulfilled life. Mother I love you and miss you already – REST IN HEAVEN

He is all you need to know about Christine Java the late.

Christine Rambanepasi was born on 11 November,1956 in Buhera. She is the mother of popular cleric and social media sensation Passion Java and the equally popular Batsirai Java. She also has a daughter Mavis Madzivanzira and another son Artwell Java. Rambanepasi was married to Charles Java.

She was a nurse aide at South Medical Hospital in Chitungwiza. Rambanepasi joined the MDC in 2000. She was elected the Provincial Secretary for Elections in Manicaland Province and was first elected Senator during the 30 July 2018 Harmonised Elections.

In 2017, Rambanepasi appeared in court for allegedly selling her Crowborough residential property in Harare twice. It was reported that she had sold the house in 1998 to Magnet and Michael Kuutsi but the property was not transferred into the names of the new owners because it was under a mortgage and ownership could only be changed after the loan had been fully serviced.

The Kuutsi family are said to have taken over payment of the loan which they fully serviced in 2004.

The court heard that when the new owners sought to change ownership of the property, Rambanepasi became evasive. In 2008, she connived with her daughter, Mavis Madzivanzira, to register the property in the late Java’s name at the Master of High Court before reselling it to Vongai Muruvi.

The matter only came to light after Magnet was served with an eviction order by Muruvi in 2015. This prompted a police report.

In June 2017, Rambanapasi and Madzivanzira appeared before Harare magistrate Barbra Chimboza facing fraud charges. They were granted $100 bail each and ordered to report to the police Commercial Crimes Unit every Friday.

In December 2020, it was reported that she was terminally ill and was reportedly suffering from an undisclosed type of cancer.

The cancer was believed to be at an advanced stage.

A report stated that Rambanepasi had been discharged from hospital for home-based care.

The illness was confirmed by Passion Java’s brother Artwell who said:

She was discharged from hospital. I’ m not at liberty to discuss anything further. It’s not for the public domain.

A source told the publication that Rambanepasi’s condition was so intense that the family at one point considered mercy killing which is medically referred to as euthanasia before they decided to put faith in their mother’s recovery.

It is with sadness to learn that she has passed away.