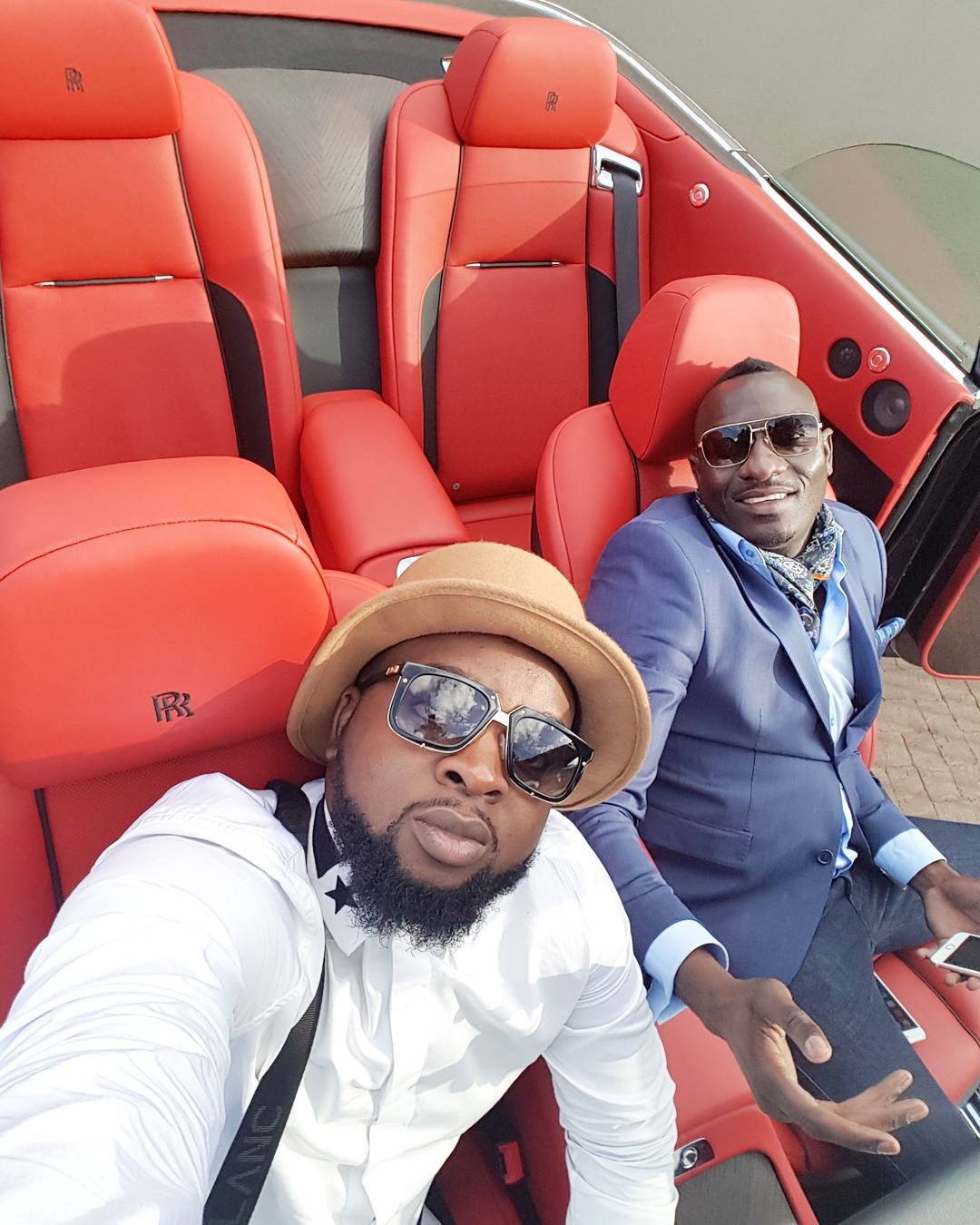 RELATIVES of the late socialite and businessman Genius Ginimbi Kadungure and other possible beneficiaries of his estate, on Wednesday unanimously accepted an unsigned will recently filed at the Master of High Court which gives a friend known as “Kit Kat” a Lamborghini and places all other assets under a family trust.

The bulk of the assets including the Domboshava mansion, cars and companies will be part of the Genius Kadungure Trust.

The mansion will be converted into a hotel, which operates under the said trust.

Ginimbi’s father, Anderson Kadungure, according to the will, is entitled to 10 percent of funds generated in the trust while Ginimbi’s sisters Nelia and Juliet will get 60 percent and 30 percent respectively.

A Harare man claiming to be Ginimbi’s best friend, Nomatter Zinyengere, last week registered the deceased’s estate and filed a will that was not signed.

Yesterday, at least 10 people including Ginimbi’s father and his two sisters, Ms Zodwa Mkandla and Zinyengere met at the Master of High Court’s office in Harare where they unanimously agreed on using the unsigned document for administration of the estate.

Sources said the unsigned will was read out to all the possible beneficiaries who agreed to using it for the administration of the estate.

To that end, the Master of High Court’s office officially accepted it and appointed Patricia Darangwa as the executor in terms of the will.

Darangwa is expected to file a bond of security, her letter accepting the appointment and other requirements in terms of the law to enable the issuance of formal authority to start work.

The Herald understands the will in question, though unsigned, gives the Lamborghini to Kit Kat and another vehicle to the late socialite’s uncle Michael Mubaiwa.

Darangwa, the executor to the estate, will then choose the trustees from a list of people that include Ginimbi’s father, two sisters and Kit Kat.

The bulk of the estate, including the businesses and Domboshava mansion and cars, are to be assigned to a trust called Genius Kadungure Trust.

The will shows that Kadungure owned the Domboshava mansion, a company called Infinity Gas, an undisclosed fleet of vehicles and several other companies.

The custodians of the unsigned will, Ranros Estate Administrators, wrote a cover letter seeking the speedy acceptance of the unsigned document as the actual last will and testament for the distribution of the estate.

They argued that some of Kadungure’s companies in Botswana had stopped operating since that country requires an estate to be reported to the authorities before operations can resume.

“The deceased died before signing his last will and testament. We are therefore kindly asking your office to urgently convene a meeting with all beneficiaries so that you can accept the will and issue the court sealed letters of administration.

“The deceased had a running business in Botswana and it stopped operations on November 9, 2020.

“The laws of that country require the estate to be reported to the Master of High Court within 14 days so that operations will resume.

“The major fear of the beneficiaries is that the business partners of the deceased in Botswana might take advantage and vandalise the assets of the deceased,” reads part of the letter.

Ginimbi died on the spot on November 8 along Liberation Legacy Way in Harare when his speeding Rolls Royce collided head-on with a Honda Fit.

It veered off the road and hit a tree before catching fire.