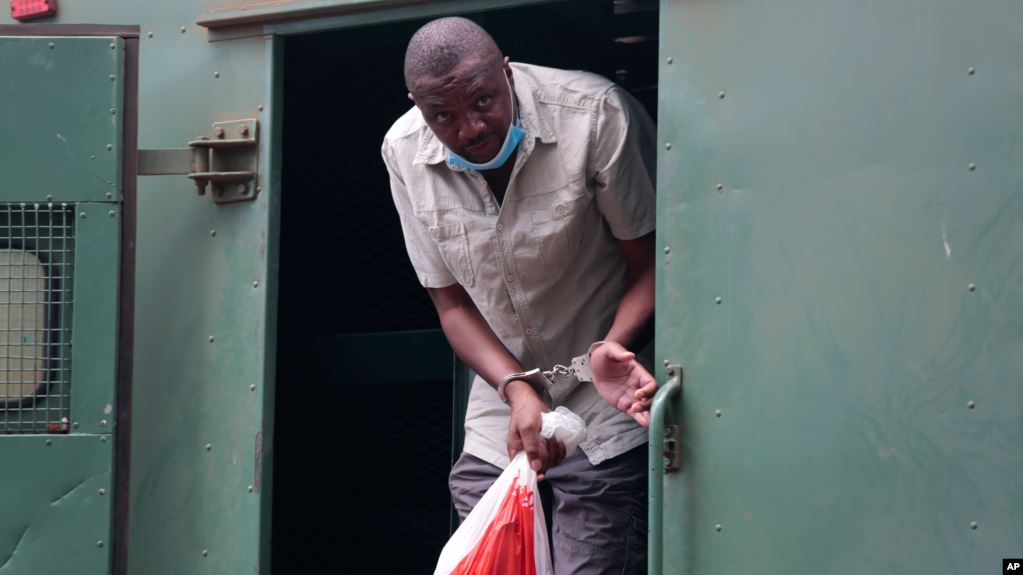 Zimbabwean journalist Hopewell Chin’ono has been arrested again on allegations of publishing what police claim are falsehoods prejudicial to the state.

In a tweet on Friday, Chin’ono wrote, “The police have come to arrest me! Let everyone know!

They say they are charging me with communicating falsehoods for tweeting that a child had been beaten up by a police officer and died! They are taking me to the Law and Order Section at Harare Central Police Station.”

In a statement, the Media Institute of Southern Africa said police claim that Chin’ono breached Section 31 (a) (iii) of the Criminal Law (Codification and Reform) Act by posting a tweet that falsely reported the death of a child after a physical assault by the police.

“This comes at a time when the journalist is on bail on two different charges, one of which is incitement to participate in a gathering with intent to promote public violence, breaches of peace or bigotry or alternatively incitement to commit public violence. The other charge relates to defeating or obstructing the course of justice.”

A video circulating on social media shows a woman carrying a lifeless body of a child holding onto a policeman demanding justice with some people also urging others to take action against the law enforcement agent. Zimbabwe police say they are investigating the incident.

Police spokesperson, Senior Assistant Commissioner Paul Nyathi, was unavailable for comment as he was not responding to calls on his mobile phone.

Former Cabinet Minister and Zanu PF administration secretary, Savior Kasukuwere, who is currently in exile in South Africa, said police should investigate the death of the child and not arrest Chin’ono.

“The arrest is unfortunate and unnecessary. This arrest is meant to intimidate and harass Hopewell, and nothing to do with the scurrilous allegation. Cdes Grow UP!”

“1000s (of people) posted that video. I did not even first see it on your timeline. This falsehood crime is unconstitutional. In Chimakure & Ors v A.G of Zimbabwe, the ConCrt (Constitutional Court) decided that Criminal Law Codification & Reform Act’s s31(a)(iii) infringed upon the right to freedom of expression.”

In a tweet, Brian Kagoro, Pan-Africanist and a constitutional and economic relations lawyer, criticized Mnangagwa’s government for arresting Chin’ono.

“At some stage there must be an investigation of corruption related to use of every flimsy excuse to deprive citizens of their liberty. We have real criminals holding high level parties during COVID-19 & some looting funds. Go for those.”

Chin’ono was first arrested for posting a tweet noting that some Zimbabweans were expected to stage anti-corruption public protests in July last year.

In a statement, the Committee to Protect Journalists (CPJ) said Zimbabwean authorities should immediately and unconditionally release Chin’ono and cease efforts to intimidate and harass him.

“Press freedom requires that journalists be able to work without fear of criminal sanction. This basic condition is something Hopewell Chin’ono and other journalists in Zimbabwe continue to be denied.”

If convicted of publishing or communicating false statements prejudicial to the state, Chin’ono could face up to 20 years in prison and a fine, according to Section 31 of Zimbabwe’s Criminal Law (Codification and Reform) Act.

Some human rights lawyers say Zimbabwe’s Supreme Court ruled parts of that law to be unconstitutional.

In 2020, Chin’ono was arrested, prosecuted, and repeatedly detained over his reporting.

US$2,7m heist an inside job