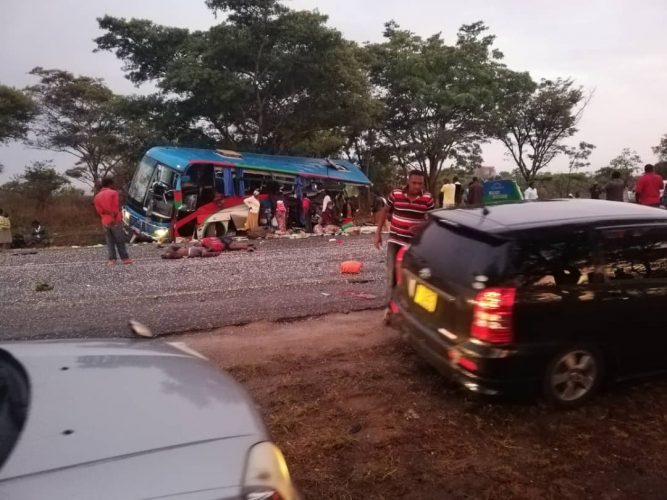 an unconfirmed number of people reportedly died on the spot while several others were seriously injured when two buses were involved in a head on collision near Rusape toll gate along the Harare Mutare highway.

One of the buses is written Smart and the other identified by the word Bolt emblazoned on the sides. It could not be ascertained at the time of publication what caused the accident.

However, ZOOMZimbabwe understands that police from Rusape have begun ferrying the injured to hospitals.

The fire brigade services were not yet on site at the time of publication.

Please note that the pictures in our possession of the accident are not suitable for those of a nervous disposition. We publish some below: