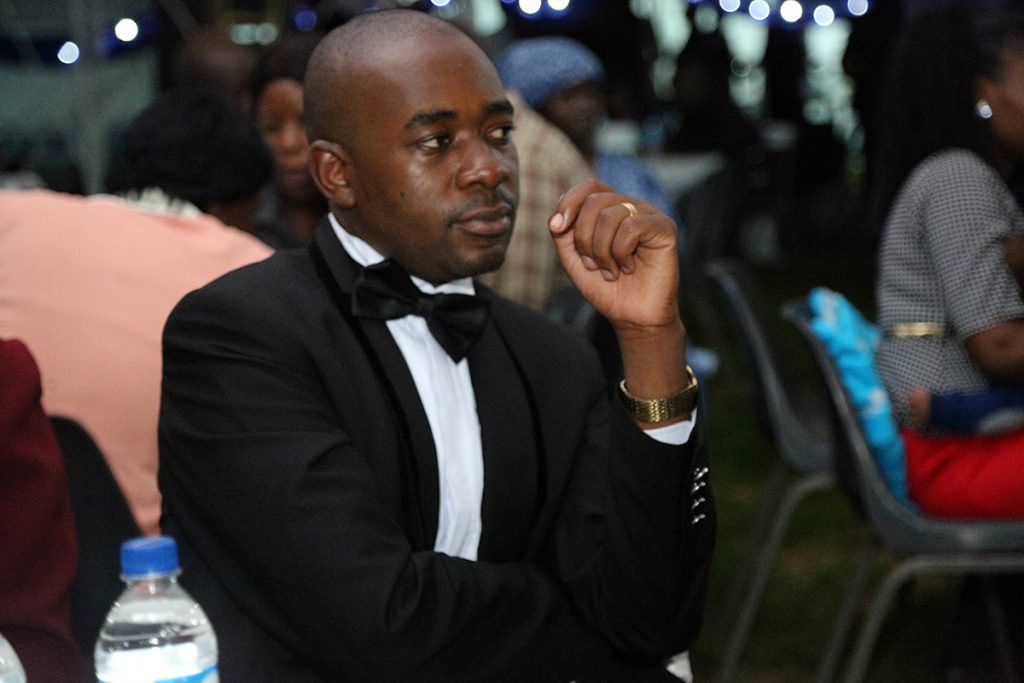 HARARE – The Supreme Court on Tuesday weighed in on the Movement for Democratic Change (MDC) leadership dispute, ruling that Nelson Chamisa is not the legitimate leader of the party and confirming an earlier ruling of the High Court that Thokozani Khupe is the party’s interim president.

Should she fail to do so, the court said Morgan Komichi, who was restored as party chairman, should convene one within a month of the lapse of the first three months after the judgment.

Justice Patel, who wrote the judgement with concurrence from Garwe and Guvava, admitted that the judgement may well have been “rendered moot and academic” by political events that have taken place.

“It is abundantly clear that the second appellant’s ascent to the helm of the party was fundamentally flawed by gross constitutional irregularities,” Justice Patel said.

“To perpetuate that situation without appropriate correction would not only undermine the ethos and dictates of the constitution but would also infringe the rights of all the party’s members to a constitutionally elected leadership.”

Justice Patel admitted that “the imbroglio that the party’s leadership has become entangled in may as well be water under the bridge”, but insisted that “it is a bridge that, for the sake of the party’s stature and credibility, needs to be correctly and systematically corrected.”

“In the premises, I’m inclined to agree with the appellants that the present matter has indeed been rendered moot and academic. That, however, is not the end of the matter. The question that arises is whether or not the court should nevertheless proceed to deliver its definitive pronouncement… In short, notwithstanding the political mootness of this matter, it is imperative that there should be an authoritative determination of this appeal in the interests of justice.”

Tendai Biti, who was elected deputy president to Chamisa during a congress held in May 2019, said the judgement of the Supreme Court had been overtaken by events.

The Supreme Court judgement said the MDC should revert to the structures that were in existence in 2014, when the party – known as the MDC-Tsvangirai (MDC-T) to distinguish it from other factions – last held its congress.

Chamisa used that springboard to seize the party leadership when Tsvangirai died, first assuming the role of interim leader before they held their congress, but Khupe argued that his elevation to the deputy presidency of the party in 2016 had been done illegally, and that she was the sole deputy to Tsvangirai based on the results of the 2014 congress.

Khupe, backed by some members disgruntled by Chamisa’s ascent, held a congress for her MDC-T party in Bulawayo in April 2018 which elected her as the substantive leader.

Chamisa, who had contested the July 2018 presidential election as leader of a party called the MDC Alliance, convened his own party’s congress in May 2019 – just days after Justice Edith Mushore ruled that Chamisa was not legitimately in position, following an application brought by Elias Mashavira, an MDC activist from Gokwe.

Chamisa appealed the judgement at the Supreme Court leading to Tuesday’s unanimous judgement.

Komichi, who lost out at the congress last May, spoke outside court welcoming the judgement, while Douglas Mwonzora, who was defeated in the race for secretary general, stood behind him.

“The judgement has instructed us to prepare for an extraordinary congress within three months using the 2014 structures. We must now stop the blame game and unite for the bigger picture,” Komichi said, while advocating for “reconciliation and forgiveness.”

He said all decisions taken by Chamisa following Tsvangirai’s death had been voided, including the May 2019 congress.

“All suspensions and dismissals done from February 18 (when Chamisa was installed as interim leader), are null and void. Affected members are fully reinstated to their positions. These include the mayors of Chegutu, Victoria Falls and Masvingo; ward and district executive committees are reinstated and all staff members whose contracts were unlawfully terminated are reinstated,” Komichi went on, while reading from a prepared speech.

After the 2014 congress, Chamisa – who lost to Mwonzora in the race for secretary general – was appointed secretary for policy and research.

Komichi said: “Chamisa is one of our leaders. We will meet and engage him. He’s a lawyer and a pastor, he will not go against the rule of law.”

Komichi said Biti, who once broke away from the MDC-T to form the People’s Democratic Party before rejoining the party as an alliance partner and subsequently fully reintegrating at the May 2019 congress, will remain an “alliance partner”.

Mwonzora also welcomed the judgement, telling journalists: “The MDC that was led by Morgan Tsvangirai has had its leadership defined today. There’s no need to denigrate the courts anymore, the courts have ruled as a result of an appeal filed by Advocate Chamisa himself.

Advocate Thabani Mpofu, who represented Chamisa, told ZimLive: “I’m advised that the Supreme Court sat today to deliver an extremely urgent judgement in the now effete dispute between Nelson Chamisa and Thokozani Khupe. We will study the judgement and give our solid advice to our clients who will then take the cause forward.”-zimlive