I’m not in love with Bev: Dereck 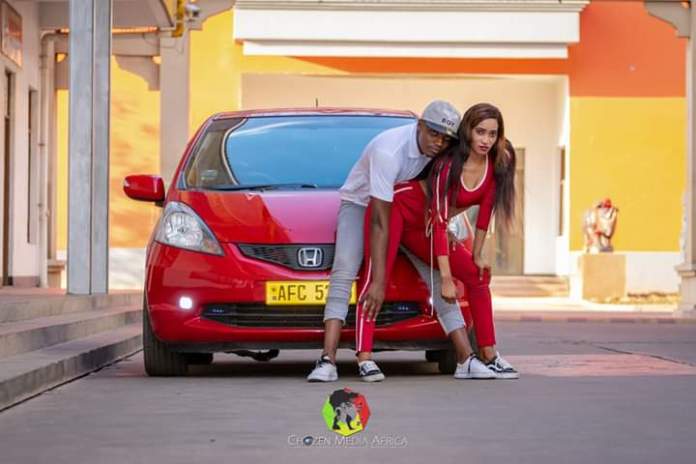 The ‘Unonaka iwe’ hit-maker, Dereck Mpofu, has responded to the rumour that he has fallen into the claws of social media sensation, raunchy dancer Beverly ‘Bev’ Sibanda.

In an interview with this publication, he stated that his relationship with Bev was purely professional, saying he wanted to set the record straight.

“It is false and was perpetrated by video-shoot images that we released prior to the release of the video. They raised speculation on the level of our relationship, which has always been professional. There is no one more professional than Bev,” he said.

All this was the result of a recent backlash he received on social media in reaction to his newly released video for the ‘Chimbozvizunza’track from his new album.

In the video, which features Bev and Baba Harare, the latter is filmed doing her usual and rather suggestive tweak dances in the greater part of the video despite there being other dancers who also took part in the creation of the video.

Bev and Baba Harare have been working very closely together on a series of performances, a union which has received a lukewarm reception from some of Baba Harare’s fans who don’t seem to know what to make of it.

Dereck Mpofu is a Zimbabwean musician who rose to fame after his song “Chisikana Changu Zimbabwe” became a hit.

The popularity of the song resulted in him being appointed a goodwill environmental ambassador for Zimbabwe under the Ministry of Environment, Water and Climate and City of Harare.

Once untouchable: How Grace Mugabe’s world is crumbling