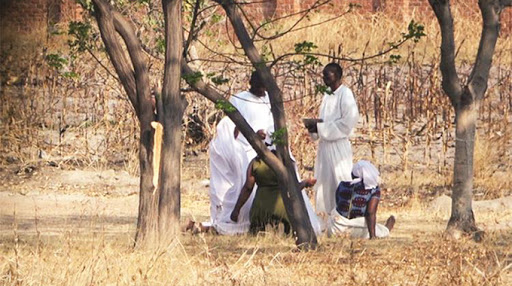 MDC-Alliance legislator, Joana Mamombe, has been deemed not fit to stand trial after results from three doctors revealed that she is suffering from a mental disorder.

Mamombe is already receiving treatment with the court ordering that she goes for medical review every fortnight.

Mrs Makwande also dismissed the State’s application to have her examined by another doctor under supervision of remand prison authorities.

She is being charged for faking her abduction along with other MDC-Alliance members Netsai Marova and Cecilia Chimbiri.

Mr Reza said the court initially ordered that Mamombe be examined under the supervision of Harare Remand Prison authorities and not at Annex.

“Thereafter, the accused was granted bail by the High Court through an urgent chamber application and was released from remand, but at that time, she was seen by one doctor in compliance with an order.

“She must be seen by another doctor under the supervision of the remand prison authorities.

“We now have two medical affidavits, but not obtained under the conditions stipulated by the judge or this court. We apply that the accused be examined under the supervision of Harare Remand Prison,” said Mr Reza in his dismissed application.

In response, Mamombe’s lawyer, Mr Alec Muchadehama said he took Mamombe to Annex Department at Parirenyatwa Group of Hospitals as per arrangements made by authorities at Remand Prison.

He argued that there were no medical doctors at the prison and authorities there took inmates to Parirenyatwa following prior arrangements.

Mamombe is expected to appear in court on November 16 along with Chimbiri and Marova. – Herald

Ginimbi : How Did He Make His Millions? His Life And Controversies