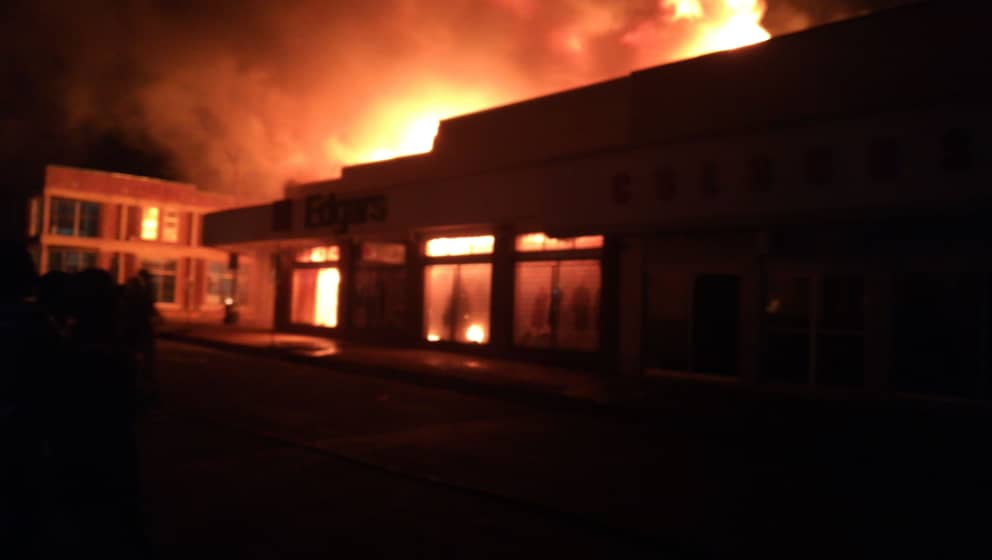 The incident is now under investigation by the police and fire brigade.

Property worth tens of thousands of dollars went up in smoke as the fire swept through clothing retailers Edgars and Jet as well as furniture shop Coloursel.

The fire was first reported at around 9PM – but the town’s fire brigade, who turned up with one old fire engine, was woefully under-equipped to handle the blaze.

Police used dogs to keep crowds at bay, as some foolishly entertained the idea of racing into the burning shops and retrieving goods.

It is the second major fire to hit Kadoma after the Mateketa Complex, a shopping mall, suffered extensive damage from a September 2015 blaze.