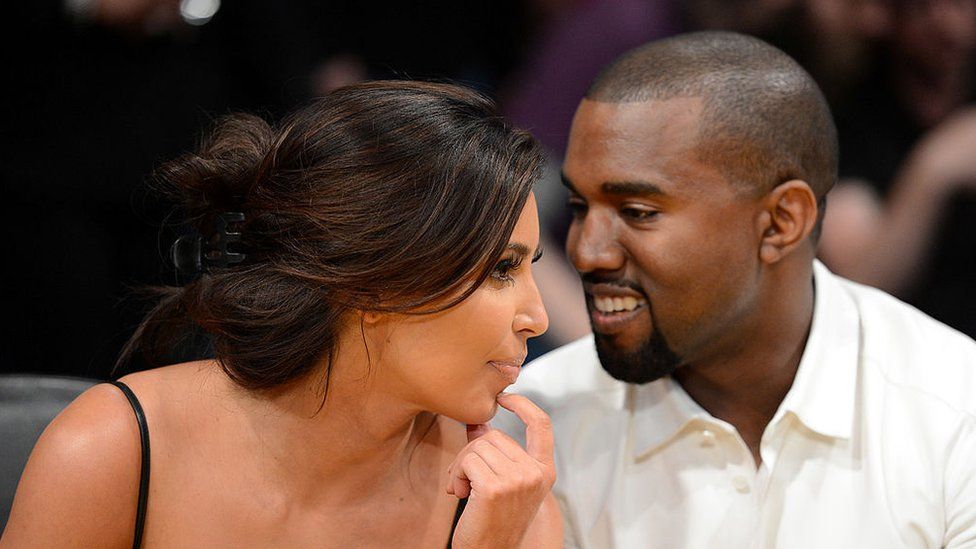 Kim Kardashian has filed for divorce from rapper Kanye West, according to reports in the US media.

The couple have been married for almost seven years and have four children together.

The news was broken by celebrity news website TMZ after months of rumours of marital difficulties.

Reports in US media suggest the reality star, 40, has requested joint legal and physical custody of their children. Neither has publicly commented.

The couple are among the most recognisable stars in the world and are both hugely successful in their own right.

Kim first found fame in 2007 as the star of an E! Television reality series about her family. Keeping up with the Kardashians has remained hugely popular since, with its 21st and final series due to air next year.

The reality star has found success in many other areas of business, from mobile apps to make-up, and Forbes estimates her personal wealth to be about $780m (£556m).

Known for huge international hits like Gold Digger, Kanye West has been one of the biggest names in rap music for over 15 years. The Grammy-winning musician has also found success as a fashion designer.

The pair were friends for years before they got together and West first appeared on her family’s reality show in 2010.

Kardashian gave birth to the couple’s first son, Saint West, the following year. They went on to have two other children, Saint and Psalm, through a surrogate after the reality star suffered from health complications during her previous pregnancies.

Last year, West unsuccessfully ran for US president. During his campaign, a series of erratic public appearances and online postings by the rapper sparked concern and led Kardashian to speak out.

She said her husband had bipolar disorder, was a “brilliant but complicated person” and called for greater empathy surrounding his mental health from the public and the media.

Rumours of their divorce have been around for months amid speculation Kardashian had hired well-known lawyer Laura Wasser.

Page Six reported the filing was imminent in January, claiming West spent the festive season away from the California-based family at his Wyoming ranch.