Men who have smoked marijuana are more fertile -study 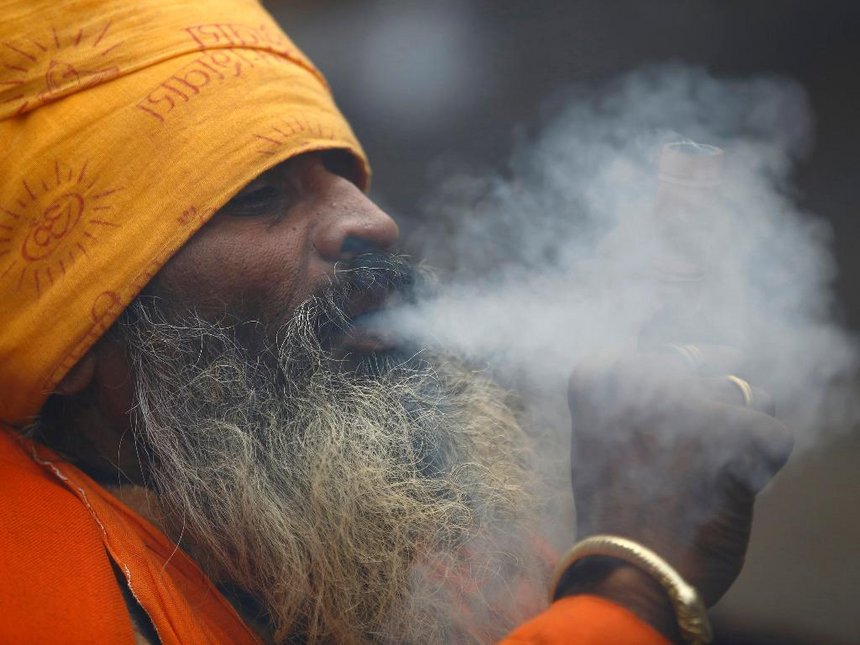 A history of smoking cannabis – even just once – has unexpectedly been linked to greater fertility in men, even if they don’t still use the drug.

The result came as a surprise to Harvard University scientists measuring the sperm counts of more than 600 men from couples attending a fertility clinic.

They expected cannabis to have a detrimental effect on sperm count and fertility. Instead, those participants who admitted ever taking the drug turned out to have higher sperm counts than non-users.

The finding does not necessarily mean that smoking cannabis increases the chances of fatherhood, the study authors and other experts were quick to point out.

They suggest that the association may not show any cause-and effect relationship, but rather reflect the influence of the male hormone, testosterone, on both sperm count and risk-taking behavior, such as smoking cannabis.

‘Our results need to be interpreted with caution and they highlight the need to further study the health effects of marijuana use.’

On average, the men were 36 years old, mostly white and college educated. All of them belonged to couples seeking help with conception from a fertility clinic. Participants were asked to fill in questionnaires detailing their history of cannabis use.

More than half (55 percent) of the men reported having smoked cannabis at some point.

Of those, 44 percent said they had taken the drug in the past, and 11 percent classified themselves as current users.

Analysis of the semen samples showed that men who had smoked marijuana had average sperm concentrations of 62.7 million sperm per milliliter (million/mL).

In addition, greater cannabis use was linked to higher levels of the male hormone testosterone among smokers.

Writing in the journal Human Reproduction, the scientists said it was possible that low level exposure to cannabis might benefit sperm production in some way.

The endocannabinoid chemical messenger system in the brain, which is targeted by the drug, is known to play a role regulating fertility.

On the other hand the association could have nothing to do with the effects of cannabis.

Dr Feiby Nassan, another member of the Harvard team, said: ‘An equally plausible interpretation is that our findings could reflect the fact that men with higher testosterone levels are more likely to engage in risk-seeking behaviors, including smoking marijuana.’

This view was echoed by leading British expert Allan Pacey, Professor of Andrology at the University of Sheffield. He said: ‘As the authors point out, men with higher sperm concentrations are likely to have more testosterone in their bodies and thus may be more likely to smoke marijuana because simply they are willing to take more risks.

‘In conclusion, I am not convinced that this paper moves us any further forward in this debate.

‘Moreover, nor does it give support to any apparent fertility benefits of smoking marijuana.

‘In my opinion, this should be avoided at all costs in any couples trying to start a family.’

Professor Sheena Lewis from Queen’s University Belfast said: ‘In studies from our lab in Queens University, Belfast, we found exactly the opposite effects.

In subjects, each taking the same moderate dose of marijuana daily over only several weeks, their sperm quality plummeted. Sperm motility decreased, acrosome reactions failed to occur and worst of all, sperm counts dropped’ and the function of the Sertoli or ‘support’ cells that create key proteins to sperm production declinees, she explained.

‘I would urge caution in accepting the findings of this study, without further information.’

Pregnant Olinda to Acie Lumumba: Shave your privates and stop trolling me!

Makandiwa’s UFIC pastor casts out demons over the radio