A Zimbabwe Republic Policeman working in Harare is lucky to be alive after he was run over by a motorist while throwing spikes at a moving vehicle. 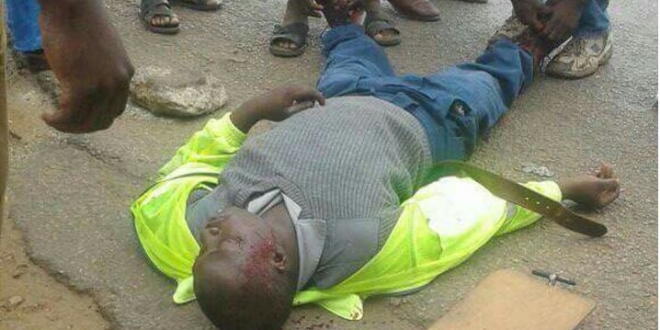 The unnamed officer was was helped by members of the public.

Zimnews is reliably informed that he was later taken to hospital and is in a stable condition.

The Zimbabwe government is now operating roadblocks in full mode. This comes after this publication revealed that Gweru and Shurugwi police posts are now money collecting cartels as officers are working hard to raise high targets from poor motorists.-Online