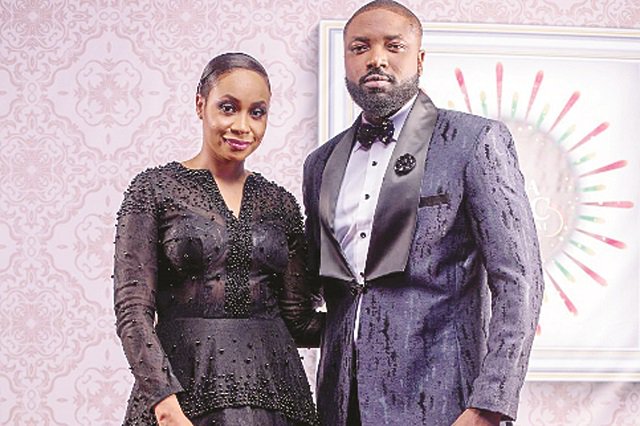 Two years ago, Big Brother Africa lovers, Pokello and Elikem Kumordzie were the centre of attraction at the Ghana Music Awards as the latter proposed to her while presenting an award.

And now the couple went back to their favourite hunting ground to hunt more fame, snapshots, oooo’s and aaaaaah’s when they again appeared as a united force at the same event in Accra early this month.

The two, made famous by Africa’s much loved reality show, where they ignited a fairy-tale romance which lived on after the lights died down, captured the attention of attendees by their staying power and their fashion sense.

And how could they go wrong with Pokello being a fashionista socialite and Elikem a fashion designer par excellence?

Stunning and dressed to kill in deep and subtle black combinations, the pair proved that black will always be the new black!

If anybody thought their relationship would not last, well they were wrong as it certainly has evidently. The pair wedded two years ago and was blessed with a son, Tristan.

And as their relationship grows, so too obviously does their use of amazing outfits to cement a growing sense of being the god and goddess of fashion on the mother continent. The Chronicle