A SELF-proclaimed Sakubva prophet (29) was recently slapped with a 20-year jail term after being convicted of raping a mentally challenged woman and infecting her with a sexually transmitted disease. 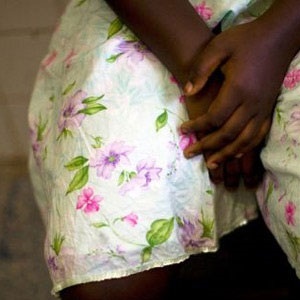 The woman had visited his ‘shrine’ for spiritual cleansing.

Matthew Elias Matikiti (29) who was denying the charges was convicted after a full trial before Mutare regional magistrate, Mrs Loice Mukunyadzi.

Matikiti who had a ‘shrine’ just behind Sakubva District Hospital was left with egg on his face after two of his witnesses, Madzimai Magdalene and Madzimai Gracia testified that did not know what happened on the day in question since they were not present at the shrine.

To bolster his defence, Matikiti claimed alibi, saying he was with the two women on the date in question.

Public prosecutor, Mr Tinashe Katsiru, told the court that sometime in March, the complainant visited the suspect at his shrine seeking spiritual healing.

Upon hearing rumours of the alleged rape, the complainant’s father approached her and she spilled the beans.

She was taken to the hospital for medical examinations and it was confirmed that she had been abused and that she had contracted a sexually transmitted infection.-MP

data-full-width=””> An alleged intimate affair between Bulawayo High Court judge Justice Thompson Mabhikwa and a member of the support staff in Bulawayo, Ms Oratile Nare, is being investigated by the Judicial Service Commission after nude […]