Popular Paul Mwazha congregates were left shell shocked as a fake ‘madzibaba’ was caught in act trying to steal cash and gadgets from congregates at a recently held Apostolic gathering in Chaka. 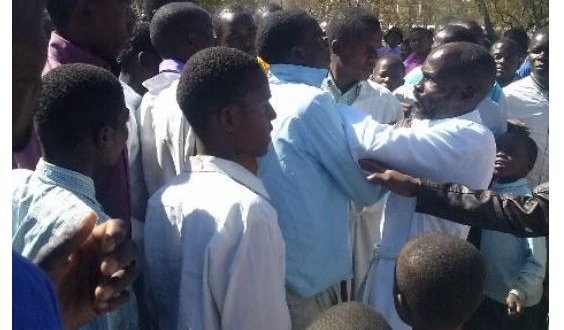 The conman, Takudzwa Nyakwimbe is said to have pretended to be a member of the church in order to steal from congregates of the Paul Mwazha sect. 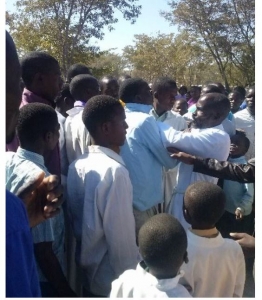 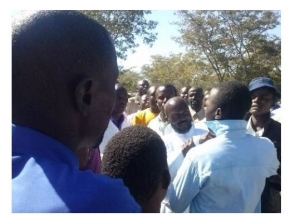 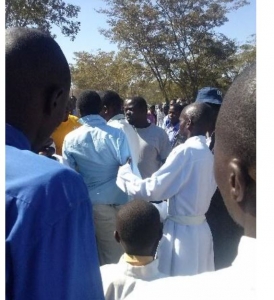 Sources at the gathering said that Nyakwimbe managed to mingle in with people as he was also clad in the white apostolic garments.

Madzibaba Petros Matandanidze said that he saw Nyakwimbe searching through people`s bags that had been left at a distance.

“I saw him taking out something from a bag and put it in his pocket and that`s when I realized that he was stealing. When I shouted for help he then began to run in an attempt to escape. Whilst running he dropped what he had stolen thinking that we would let him go but we continued chasing him as he had to be punished,” said Matandanidze.

Nyakwimbe had stolen three mobile phones and $50 cash from a bag belonging to Peter Makande.

Upon confrontation by the angry mob, the fake madzibaba said he had come to seek divine intervention over an undisclosed problem which is believed to be caused by ‘evil spirits’ or generational curses.

He also said he was shocked that people were calling him a thief as he was only trying to return the phones and money to their respective owners.

“I was only trying to return the goods to the owners because l found them lying on the ground. I am not a thief, I`m only here to get deliverance from Mwazha,” he said.

However, congregants did not believe his story as they questioned him as to the reason he was trying to flee when madzibabaMatandanidze shouted for help.

“I just got confused when people started shouting that I am a thief and I began to run without even realizing it. I think it was caused by the evil spirits that I came here to be delivered from,” said Nyakwimbe.

The matter was reported to the police and Nyakwimbe has since been arrested.