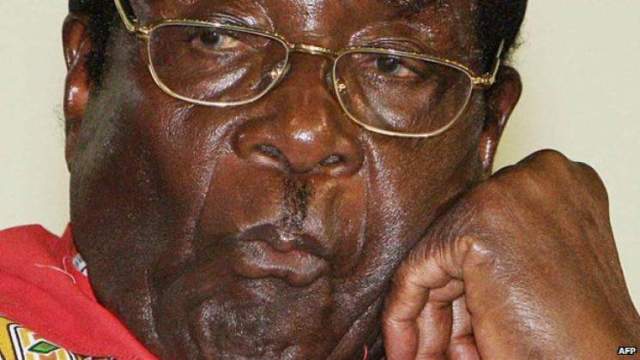 A funeral service to be attended by foreign dignitaries will, however, still go ahead as planned on Saturday.

Haggling between the government and Mugabe’s family has delayed an announcement over where he will be laid to rest, with his body expected to arrive in Harare on Wednesday afternoon from Singapore where he died on September 6 at the age of 95.

The reason for the postponement was not immediately clear.

A source familiar with ongoing discussions said: “There are three issues at present which are still bubbling under, and it could be any one of them. First is where the former president is going to be buried, there’s still no agreement on that.

“Second, September 15 is President Emmerson Mnangagwa’s birthday and there’s growing opinion that for all manner of reasons, including of the superstitious kind, burial should not happen on that day.

“The third and final issue is that there is a push from Zanu PF supporters in the provinces who say owing to travel costs it is better for Mugabe’s body to be taken to all 10 provinces before burial. This is gaining traction and could be the reason why the burial has been pushed back to a date as yet unknown.”

Vice President Kembo Mohadi and Chief Karigamombe, a relative of Mugabe, arrived in Singapore on Tuesday in a private jet hired to fly the former president’s body home.

President Emmerson Mnangagwa leaves for the United Nations General Assembly later next week and would be desperate to have Mugabe’s burial behind him before his 10-day jamboree in New York.

Mnangagwa’s government wants Mugabe, who led Zimbabwe from independence in 1980 until the November 2017 coup that ousted him, buried at the National Heroes Acre in Harare – a national monument to heroes of the liberation war against the white minority Rhodesian regime.

But some of Mugabe’s relatives have pushed back against that plan. They share Mugabe’s bitterness at the way former allies including Mnangagwa conspired to topple him and want him buried in his home village of Kutama, some 85km out of Harare in Mashonaland West province.

In public, senior Zanu PF officials express confidence that Mugabe will be buried at the monument after a state funeral service at the National Sports Stadium. In private, they say the feud with Mugabe’s family could have been handled better.

Mohadi is expected to pick up the negotiations with Mugabe’s widow, Grace, who is reportedly amenable to a burial at the Heroes Acre but has demanded that a mausoleum be built for Mugabe’s grave. This, if accepted, would see Mugabe being buried away from his first wife Sally, next to whose grave there are two reserved graves.

One factor that could help Mnangagwa’s delegation in Singapore is that Mugabe’s family is divided over where the former president should be laid to rest.

Leo Mugabe, Mugabe’s nephew, is leading a group of relatives who want the former president to buried in his home village of Kutama, two relatives who have attended planning meetings for Mugabe’s burial told Reuters.

ZimLive also understands Mugabe’s two eldest children Bona and Robert Junior, who spent a lot of time with their father in his final months, have gained a voice in the discussions and re-iterated that it was Mugabe’s wish to be buried next to his mother at a cemetery in Kutama, his rural home.

Other family members, including Mike Bimha, who is from Grace’s side of the family, think it would be best to mend ties with Mnangagwa by burying Mugabe at National Heroes Acre, the relatives said.

Mnangagwa is unlikely to attend a national hero’s burial in the village, constrained by standing government protocol.

The influential war veterans, who broke with Mugabe in 2016 and played a key role in bringing Mnangagwa to power, think it would be an affront to the liberation movement if Mugabe is not buried at the shrine.

“If Mugabe identifies with the sacrifices of the Zimbabwean people for whom he was president, he should go there,” the chairman of the Zimbabwe National Liberation War Veterans’ Association Chris Mutsvangwa told Reuters.

Mnangagwa’s government has not yet released an official programme for Mugabe’s burial.

But in a memo sent to embassies in Harare on Sunday, it encouraged foreign heads of state to leave immediately after the funeral service wraps up on Saturday.

Ibbo Mandaza, a political analyst who is writing a biography of Mugabe, said Mnangagwa was trying to avoid the possibility of a situation where heads of state would attend a burial service in Mugabe’s home district to which he was not invited.

“That is the dilemma Mnangagwa faces, he can’t be sleeping well,” Mandaza said.

A senior Zanu PF politburo member, who requested anonymity to speak freely, said there were lessons to be learned.

“Probably President Mnangagwa should have persuaded and cajoled comrade Mugabe’s family more to avoid this dispute spilling into the public and embarrassing him and the party,” the politburo member said.

Mnangagwa’s spokesman George Charamba could not be reached for comment.