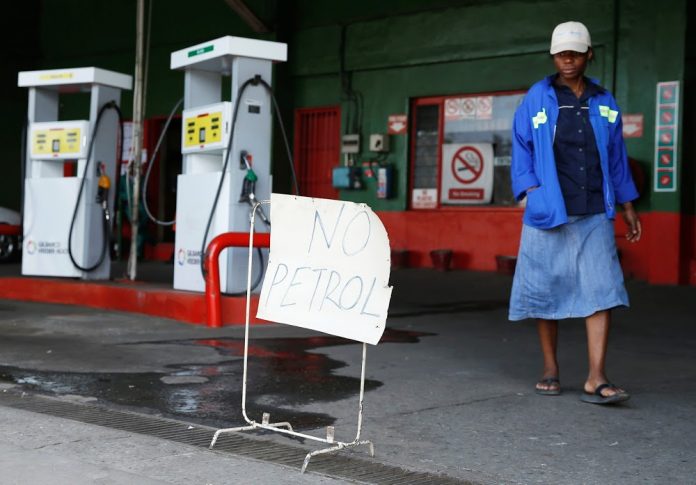 Swiss-based oil firm Gunvor was hounded out of the Zimbabwean fuel market by ‘underworld fuel mafia cartels’ despite having signed a binding contract with National Oil Company (NOIC) to supply fuel for the Southern African nation, it has emerged.

Information gathered points to the fact that Gunvor had been awarded a contract to supply fuel to Zimbabwe following negotiations brokered by top government officials and some South Africans but the deal failed to reach fruition following intervention by one dominant fuel player.

The Anchor is informed that the Swiss firm was frustrated to a point of chickening out of the deal which would have seen Gunvor supplying US$10 million worth of fuel to Zimbabwe.

As way to secure funding, Gunvor had approached Ecobank for letters of credit (LCs) which would amount to US$10 million over time. Unconfirmed reports point to the fact the Ecobank was approached by one dominant player in the Zimbabwe fuel industry to block the issuance of the LCs.

This proposal linked to Gunvor, infuriated the oil giant, according to well-placed local sources.

According to the contract signed between Gunvor and NOIC on August 23, 2019, the oil giant was supposed to supply an initial 120 000 litres of petrol and 200 000 litres of diesel, which would be increased thereafter.

“Any notice of communication from the seller  to the buyer shall be deemed effective and given once sent to the buyer’s address, fax number or email set out in this contract or to such other address,” read part of the contract seen by The Anchor.

Sakunda Holdings was fingered in efforts to frustrate the potential competitor from entering the Zimbabwe market in what has since been labelled as protection of the playing turf, however, distanced themselves from the debacle.

“We are just being treated as a soft spot for various forms of attacks. What does Sakunda have to do with the operations of other players in Zimbabwe?

“There is absolutely no grain of truth in those baseless allegations. These are incredibly incorrect facts,” said Chitambo.

In response to enquiries from The Anchor, NOIC spokesperson Vivian Mandizvidza said the fuel supply deal between the oil company and Gunvor was still under negotiation.

“Following the signing of the fuel supply agreement between NOIC and Gunvor, the parties are currently in the process of negotiating on the terms of the security arrangements for the fuel supply facility. Discussions are in progress,” the spokesperson said.

Gunvor corporate affairs director Thomas Pietras did not respond to questions sent to him by the time of going to print.

Gunvor is a global commodity trading company registered in Cyprus, with its main trading office in Geneva, Switzerland operates in the trade, transport, storage and optimization of petroleum and other energy products, as well as having investments in oil terminal and port facilities.-thearchor