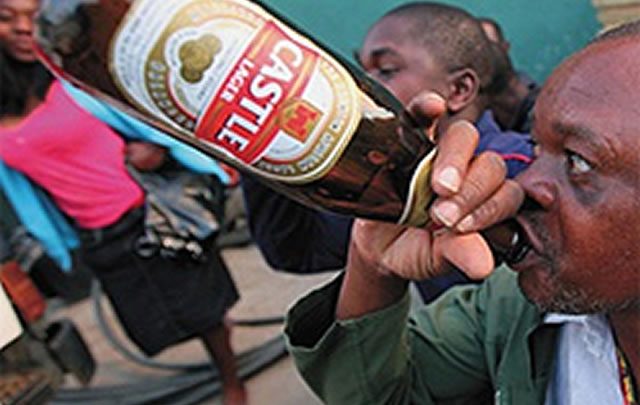 DESPITE the Government officially allowing the opening of bars to vaccinated people, it seems those who have not been vaccinated have continued to frequent shebeens in Bulawayo with residents in Mpopoma now complaining that

the illegal alcohol home selling points were increasing in the suburb.

When the Government reopened the bars, one of the reasons was to deal the sprouting of shebeens across many suburbs in cities and towns. The residents in Mpopoma told Sunday News that they were concerned with the increase in the number of the shebeens in the area as they can also become potential Covid-19 super-spreaders.

“We thought with the advent of the Covid-19 pandemic people would stay away from shebeens but even with police constantly visiting and arresting these people they continue operating,” said a Mpopoma resident.

He said some of the shebeens were selling alcohol and drugs to under age children.

“I don’t know what is so attractive about shebeens because all sorts of unGodly things happen there. Husbands, young ladies, young men and almost all who go there turn into social problems as they go back into society with non-ending drama,” said a concerned member of the residents association.

Mpopoma Residents Association chairperson for Ward 9 (Mpopoma-Matshobana) Mr Stanslous Dube said they have received a number of complaints about shebeens but all what they can do is to report to the police.

He added that the suburb neighbourhood watch team has also been useful in monitoring houses that have been turned in shebeens.

“We do receive complaints from residents about noise, violence, immoral acts among many from these illegal alcohol outlets. We have so far been doing our level best to address the issue. Community neighbourhood watch teams have been set up and are up and running around. We also liaise closely with the police,” said Mr Dube.

Bulawayo provincial police spokesperson Inspector Abednigo Ncube said they work hand in glove with communities so as to try and mitigate social unrest. He said perpetrators do get arrested for selling alcohol without licences and in undesignated premises.

“We do get such reports and arrest the perpetrators. We also work with community leadership and continue to make efforts to do away with these illegal activities in society,” he said.-Sundaynews