MDC Alliance presidential candidate Mr Nelson Chamisa and a group of his party’s aspiring council candidates for Hwange Local Board and Hwange Central MP Fortune Mguni fell on the podium at a rally in Hwange this afternoon.

Mr Chamisa, who had just finished addressing his party’s supporters at Hwange Old Grounds in Number 1, joked about the incident saying the fall symbolised how Zanu-PF will collapse at the hands of the MDC Alliance during the forthcoming elections.“ 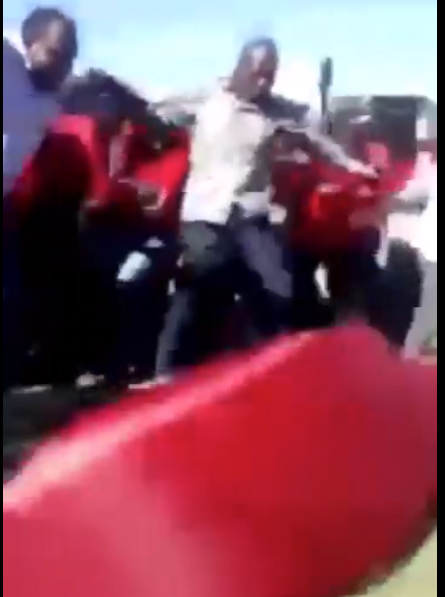 This is how Zanu-PF will fall in the election,” he briefly said amid laughter by his supporters.
After giving his speech, Mr Chamisa invited the aspiring councilors and MP designate Mr Mguni to join him on the stage so he could introduce them to the crowd.

The Wankie coal mine disaster took place on 6 June 1972 when a series of underground explosions occurred at the Wankie No.2 colliery in Rhodesia. With 426 fatalities, it remains the deadliest mine accident to date in the country’s history