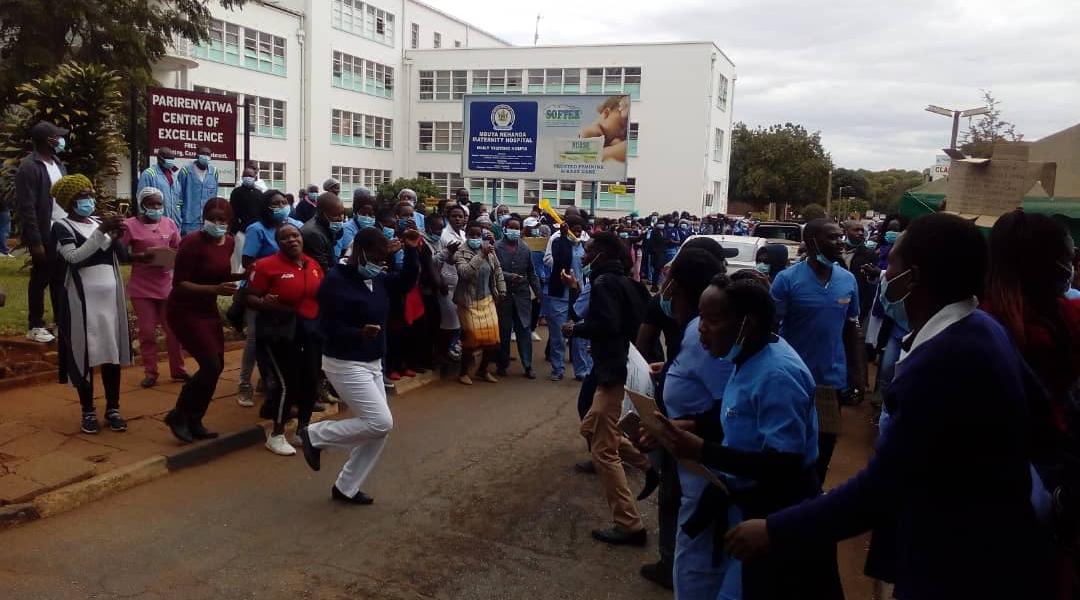 Nurses at Parirenyatwa Group of Hospitals in Zimbabwe’s capital Harare “mourned” in front of the luxurious Range Rovers that their executives drive while nurses and doctors languish in poverty.

The nurses’ impromptu demonstration comes a day after their salaries were “cut” after the government stopped paying civil servants’ backdated salary increment. This means that nurses’ and other public workers’ June salaries were substantially less than what they received in each of the previous four months.

In the video below, nurses are singing “mari yangu kanhi” in an apparent reference to the taxpayers’ money that is being used to fund hospital executives’ opulence.

The video was shared on Twitter by Team Pachedu: