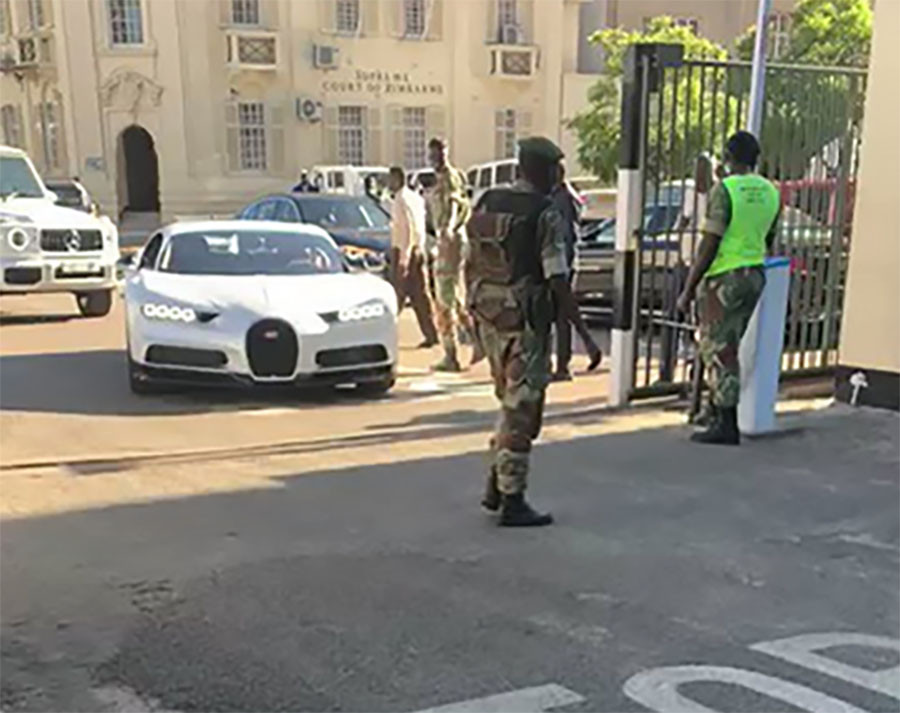 A US$3.4 million Bugatti Chiron – the world’s fastest car – has been seen on the streets of Harare.

A video has emerged online showing the Chiron, the successor to the Bugatti Veyron, driving into Defence House – the headquarters of Zimbabwe’s military in central Harare.

Disbelieving soldiers manning the entrance are heard on the video first asking each other what they are looking at, before it dawns on them that it is a Bugatti – one of the world’s most expensive cars.

Previously, the only two Bugattis registered in the country were imported by millionaire tycoons Frank Buyanga and Zunaid Moti, a South African. Both cars, which are left hand drive, were later shipped to South Africa which does not register left hand drive cars.

It is seen in the video being closely followed by a Mercedes Benz G-Wagen of the same colour as one owned by Buyanga.

The identity of the owner of the supercar remains unknown, nor the purpose of the trip to Defence House – but it will be seen as the latest display of opulence by privileged politically-connected elites in an impoverished nation.

Watch: Kasukuwere Dances With Daughter on Her Wedding