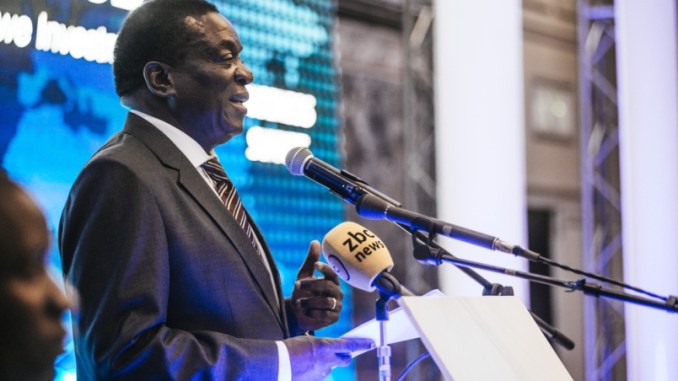 GOVERNMENT has suspended the World Health Organisation (WHO) and the United Nations Children’s Fund (Unicef) from participating in Covid-19 programmes, in an unprecedented move that may have farreaching consequences in fighting the pandemic.

The Zimbabwe Independent gathered that Health and Child Care permanent secretary Jasper Chimedza, on Tuesday, ordered the international health partners to stop, forthwith, Covid-19 activities for the next three weeks.

A senior government official last night said Covid-19 vaccination was a sole responsibility of the government and cannot be outsourced to “private operators or NGOs (non-governmental organisations)”.

Chimedza dropped the bombshell on the UN agencies when the teams were preparing to monitor the ongoing vaccination of health workers by government using Chinese-donated Sinopharm vaccines.

The Health and Child Care permanent secretary and the deputy minister, John Mangwiro could not comment yesterday, as they were said to be busy.

“I am in a meeting; much tied up. Can you get in touch with me in about three or four hours,” Mangwiro said. He did not answer subsequent phone calls.

It is understood that some programmes such as the WHO Covax vaccination plans will go ahead as planned since the government has already signed the memorandum of understanding.

The European Union office in Harare confirmed this in a tweet on Wednesday: “Fabulous to see that the #Covax rollout has begun in Africa! #Zimbabwe will also very soon get 1,152 million doses under the Covax scheme, to which #TeamEurope is the biggest contributor”.

The reasons for the suspension were not yet clear as the government is said to have failed to properly communicate its message to its long-time health partners.

Information, Publicity and Broadcasting Services minister Monica Mutsvangwa said: “We are working very closely with all our partners”.

However, high-level officials said the government was “on its own” after dumping WHO and Unicef.

“All international partners in the health sector were suspended from participating in Covid-19-related programmes. They have not been doing anything since Tuesday,” an official, who cannot be named due to the sensitivity of the matter, said.

“What happened is that teams from WHO, Unicef, Crown Agents, John Snow Inc (JSI) and others had gathered at WHO offices in Harare on Tuesday morning waiting to go for an assessment of the vaccination programme, but the government ordered the organisations to suspend such Covid-19 activities.”

Another official added: “According to what was communicated to us, these organisations can continue with other programmes, but are not supposed to be involved in anything to do with Covid-19. This means we are as of now unable to train healthcare workers, support visits to health institutions, and PPE provision.

“We were told to continue doing other programmes which have nothing to do with Covid-19. We await government directive on the way forward.”

Unicef spokesperson James Maiden said the organisation will continue to play its role in partnering the government in sourcing for vaccines.

He said: “Unicef continues to play a key role in the rollout of vaccinations in Zimbabwe in partnership with the government and many other development partners.

“Unicef is central to the rollout of the Covid-19 vaccine globally through the Covax facility and in Zimbabwe is working with the government and other partners in preparing the country to receive and distribute vaccines.

“This role includes preparation and technical support, procurement of the Covax vaccines and behavioural change communications,” he added.

Maiden went on to say: “Unicef is pivotal in supporting many areas of the overall Covid-19 national response pillars including coordination, risk communication and community engagement, infection prevention and control, case management, education, supply and logistics.”

WHO country representative for Zimbabwe Alex Gasasira said they would also continue partnering with the government in the fight against Covid-19.

“WHO continues to work with the government of Zimbabwe and all its institutions, including the Ministry of Health and Child Care in the national Covid-19 response effort,” he said.

Unicef is facilitating supply of free Covid-19 vaccines in partnership with the European Union, Geneva-based organisation Gavi the Vaccine Alliance, which is a public-private global health partnership, whose main aim is to enable access to immunisation in poor countries, the Global Fund for Health and other donors.

According to sources in the health sector, these initiatives could actually see Zimbabwe vaccinate its entire population for free before the end of the year.

Other affected organisations, which have been working closely with the government since the outbreak of the pandemic in the country in March last year include the Crown Agents Ltd, a nonprofit international development corporation headquartered in London, United Kingdom, and has subsidiaries in the US and Japan.

As stated on its website, the organisation works in partnership with governments, institutions, donors, foundations, philanthropists and the private sector to tackle complex challenges, ranging from procuring and delivering PPEs and vaccines.

JSI is a US-based organisation, which has been helping the government in conducting public health research, technical and managerial assistance to public health programmes under WHO.