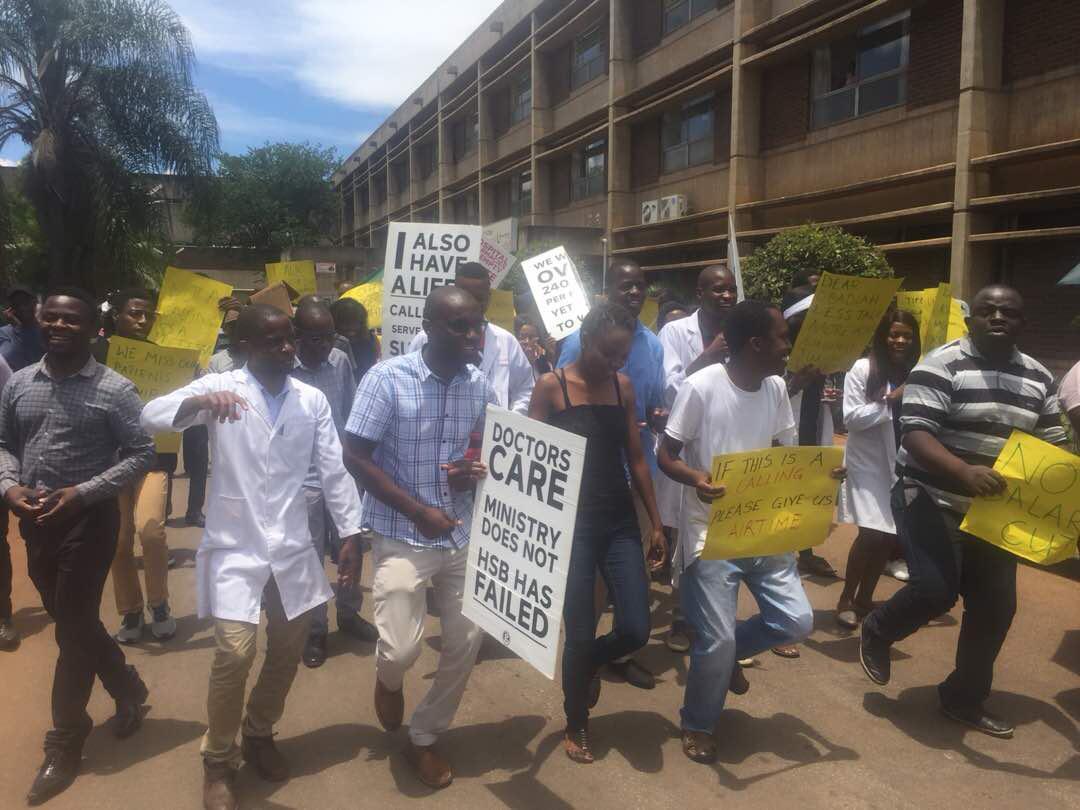 HARARE – Doctors at public hospitals will go on strike on Tuesday after they rejected a government offer of a 60 percent salary increase.

The doctors have given an ultimatum to the government demanding to be paid in United States dollars, among other conditions.

The Zimbabwe Hospital Doctors Association reported on Sunday that union leaders were receiving death threats from suspected government agents over the strike call.

“We simply do not have the means to continue coming to work because the salary is not sufficient,” the doctors said in a letter to the Health Services Board last Friday.

The doctors said talks with the government had “proved to be futile.”

“No satisfactory agreement has been reached so far to insulate the doctors from the current high cost of living. To this end, it is within this reason that on the date stated above (September 3) we will not report for duty until the salaries are adjusted,” the doctors added in the letter signed by their acting president Peter Mugombeyi.

The government last week announced a 76 percent pay rise for the rest of the civil service, and 60 percent for doctors in a bid to avert imminent strikes, but unions say the increases are far off their demands to have their salaries adjusted to the interbank rate. The Zimbabwe dollar was trading for 10.6 to the United States dollar last Friday.

Surging inflation, currency changes and the continued deterioration of Zimbabwe’s economy has led to an erosion of workers’ buying power, placing the government on a collision course with its employees who are demanding z$4,750 (US$448) for the lowest paid government employee. The announced pay increase only raises the lowest paid worker’s salary to Z$1,023 (US$96) a month.

A strike by doctors will bring fresh woe to Zimbabwe’s creaking health service which is already strained by lack of drugs and equipment.-zimlive