A Zimbabwean court has reportedly ordered “illegal occupiers” of a white farmer’s property in Goromonzi, to “vacate the land immediately”, saying that the farmer was illegally removed from his property by the ministry of lands. 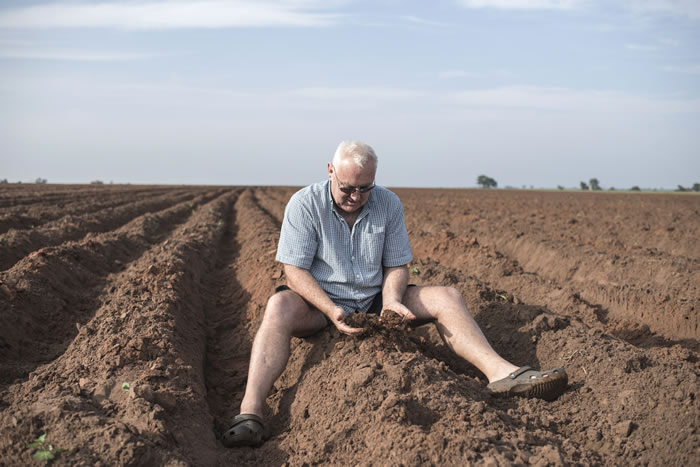 In their court application, the Ludicks cited the lands ministry, as well as Attorney General Prince Machaya as respondents.

The Ludicks were evicted from their Strathlone farm on September 26, 2017 after the lands ministry had issued a withdrawal notice the previous month.

Passing judgment on the matter, High Court judge Isaac Muzenda said the Ludicks were the rightful owners of the farm, as the land ministry had erred in the issuing of the offer letter to another recipient.

Muzenda said that the family had been productively using their farm, and as a result, they should be “allowed to continue farming without any disturbance”.

President Emmerson Mnangagwa recently assured Zimbabwe’s white farmers that their land would not be taken, calling on them to work together with government, an AFP report said.

Under Mnangagwa’s predecessor Robert Mugabe, white farmers were evicted in favour of landless black people from 2000 by a controversial policy that wrecked agriculture and triggered an economic collapse, said the report.

But less than two weeks to go before Zimbabwe’s first elections since Mugabe’s ouster, Mnangagwa moved to quash any fears the practice would be repeated.

‘We must build the Zimbabwe we want’

Mnangagwa acknowledged the failure of the land reforms, saying the expertise of white people in the farming sector was still needed and encouraging them to take part in rebuilding Zimbabwe.

“We must build the Zimbabwe we want. We want to restore the status of Zimbabwe as a food basket of the region,” he said.

The state-owned Sunday Mail newspaper quoted Shiri as saying: “Our government is firmly committed to a process of the need for corrective measures to deal with the consequences of past injustices.”

Shiri also emphasised, however, that the land reform was an irreversible exercise.

data-full-width=””> Peterhouse Girls School’s rowing sensation Danielle Kaschula won bronze at the World Rowing Indoor Championships, in the Under-19 women’s 500m final, breaking another record. The 13-year-old rowing starlet who was not a bookmaker’s favourite […]