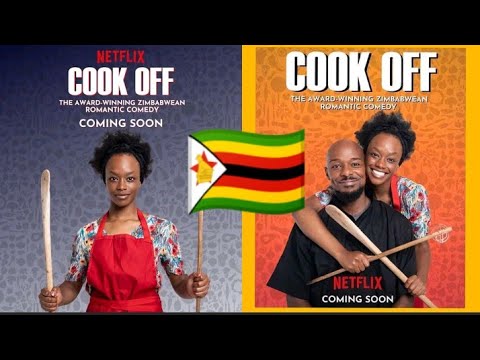 A low-budget Zimbabwean film is making history this week. Cook Off, which launches on Netflix on Monday, June 1, will be the first film from the country to be streamed on the platform.

The 2017 romantic comedy, written and directed by Tomas Brickhill, had a limited budget of only $8,000 (Dh29,380) and was filmed at a time when Zimbabwe faced political instability, as Robert Mugabe was ousted as president.

Set in Harare, Zimbabwe’s capital, the film’s story revolves around a single mother whose life is turned around when she enters a reality cooking show.

“Finding a script and a role in which I could play an empowered character who was pursuing what she wanted and going for what she wanted, for me, that was a great opportunity as a Zimbabwean actress, to tell our own stories in a way that inspires other Zimbabweans,” actress Tendaiishe Chitima told AFP in a recent interview.

Chitima, 29, who plays the lead role, said the shoot was not like that of a Hollywood blockbuster, with the limited budget meaning there was little room for mistakes.

“Everything was very minimalistic. We had to get things right the first time or the second time,” she said.

The film, which also stars Tendai Nguni and Jesesi Mungoshi, has been screened at international film festivals, including the International Film Festival Rotterdam last year, and has won several awards.

Microsoft to replace journalists with robots