A Zimbabwean has been killed by a mob at a bus rank in Gaborone, Botswana. The mob descended on the Zimbabwean after he was caught pick pocketing. 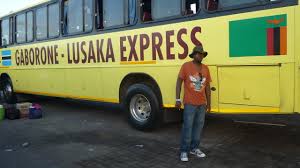 The mob gave chase, assaulting the victim and by the time the police arrived at the scene, he was unconscious.  The deceased was rushed to the hospital where he was later that day certified dead by a medical doctor.

Police are still investigating the murder of the 29-year-old Zimbabwean and have not made any arrests yet.

“We managed to locate the victim’s parents who managed to identify him and a post mortem has been carried out,” Borakanelo station commander, superintendent Amos Solomon told Mmegi.

“The victim’s family might have taken his body to process the burial proceedings because they were given two days to move him from Princess Marina Hospital (PMH) mortuary to a private mortuary last Wednesday.”

data-full-width=””> SINIKIWE Kademaunga, a Zimbabwean motivational speaker born without limbs, has disclosed that she is pregnant. The young woman took to social media to share baby bump photos. The 26-year-old lady, who is making waves […]