President Robert Mugabe’s government is under pressure as citizens have taken to the streets to demonstrate continued economic malaise. Reports from capital Harare show that a number of Zimbabwe Republic Police officers were attacked by angry civilians as they attempted to quell social  unrest. 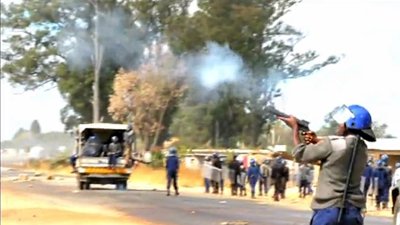 The Harare administration failed to pay civil servants June salaries which sparked fears of the dark days of 2008 when the country’s economy collapsed sending thousands into neighbouring countries to look for a livelihood.

As the situation worsen by the day, early Monday, commuter operators across the country’s cities resolved to join protest over corruption by cancelling their services.

President Mugabe’s government paid public workers 100 US dollars each after failing to pay June salaries. But more than most believe the amount was too little to allay the crisis they are facing.

As if this was not enough, the country’s leadership worsened the situation over the weekend when they started putting into effect a new legislation banning the importation of basic goods.

This ban, over the last weekend, resulted into the country’s main port of entry, Beitbridge Border post, being gutted by an inferno. Citizens, after frustrations of having their goods impounded set alight on some of the facilities. About 17 have since been arrested. 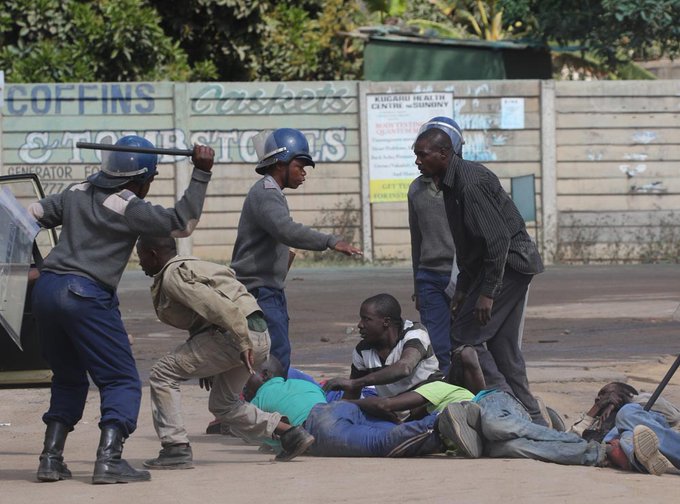 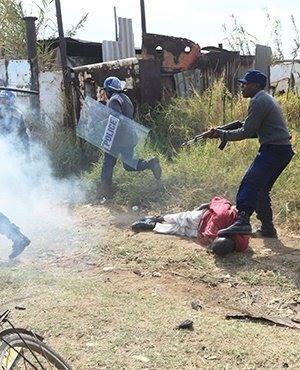 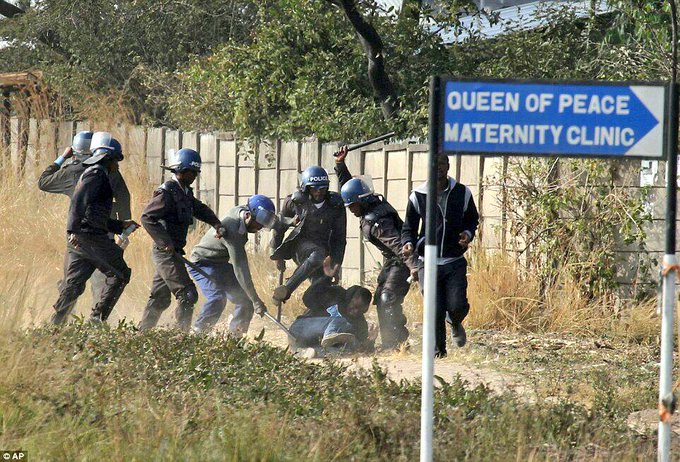 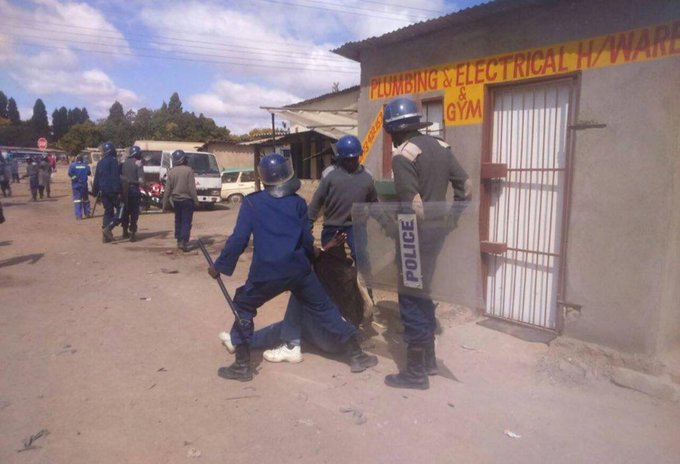 I have been saying it and i will keep saying it;

Our police are more of ZANU pf activist than peacemakers.

If unchanged, the ban on imports will mean Zimbabweans will have to pay dearly for basic goods from few available retailers within the country. This will also end livelihood of informal traders, currently comprising the country’s biggest employer.

Promise Mkwananzi, leader of the Zimbabwe Informal Sector’s Organisation told CNBC Africa that it was time for citizens to intensify momentum against state brutality and undemocratic culture.

“We are giving President Mugabe up to December 2016 to have outlined a clear road map for the country and to indicate to the people when he is retiring. We need new impetus to rebuild the economy, a new voters roll and repeal of all draconian laws or any other laws that remain in violation of the new constitution.”

Pastor Evan Mawarire, one of the leaders of the current wave of protests sweeping across Zimbabwean said, this Wednesday (6 July),citizens from all walks of life will join the protests and engage in a stay at home protests. 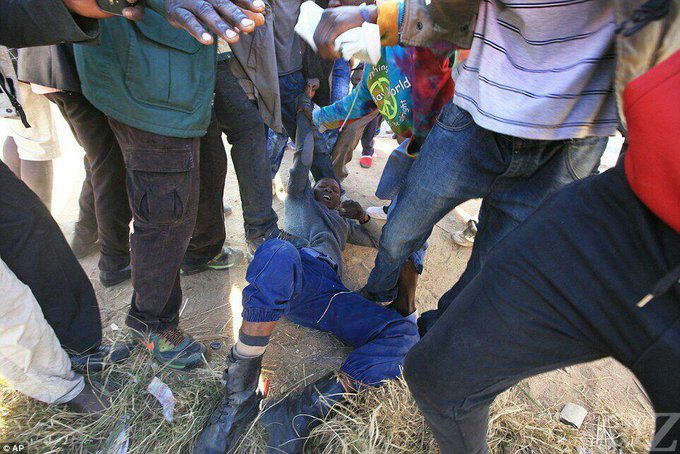 “There are no two ways about it; people are no longer treating the government with kid gloves. When we started the campaign against corruption and injustice the government laughed off the campaign saying it was only gaining traction from the diaspora but it has paid off,” said Mawarire.

“These (street protests) are the results when citizens are not listened to, everything happening now is a result of negligence. Even up to now, the government has only responded by arrests and threats.”

Nqobani Ndlovu, a journalist, said the government had underestimated the people’s anger over mass poverty, hunger and lack of jobs.

“The chaos all but shows the government didn’t take heed, didn’t listen when people when they said they were not happy with the present situation and I would say the people have decided to use a language that will be understood and heard. The govt did not learn from the Arab uprisings that toppled the likes of Mubarak, and I fear to say the people have been pushed enough to confront the regime head on.”

Ndlovu said the government could only ignore the unfolding events at their own peril. Political economist, Maxwell Saungweme, said, what was happening in Zimbabwe was very sad.

“It’s proof of a people that have had enough. A people that have no options left for them but to ask authorities to act. It’s sad in that, the action is now turning into violence due mainly to the heavy handed responses by state functionaries. It’s really the beginning of sad chapter of violence. This could have been avoided had the government been willing to change and transform and had they listened to the people pleas. The photos and videos showing brutality by the state in response to the protests is sad. Responsibility for what is happening lies squarely on the government,” said Saungweme.

He added that the government was ill advised to ban cheap imports from neighbouring countries in a bid to promote expensive goods in your country that are out of reach of the masses in a country where the majority are having one meal a day and families of six are living below $1 per day.

“When faced by the insensitivity by authorities, people react. The government needs to change its adversarial approaches to people’s plight. They need to accept peaceful demonstrations and dialogue and not unleash the security services on peaceful protesters. Protestor also need to remain peaceful and demonstrate peacefully; as violence normally begets violence. Violent conflicts benefit some people, but not all. Peace does.” -CNBC