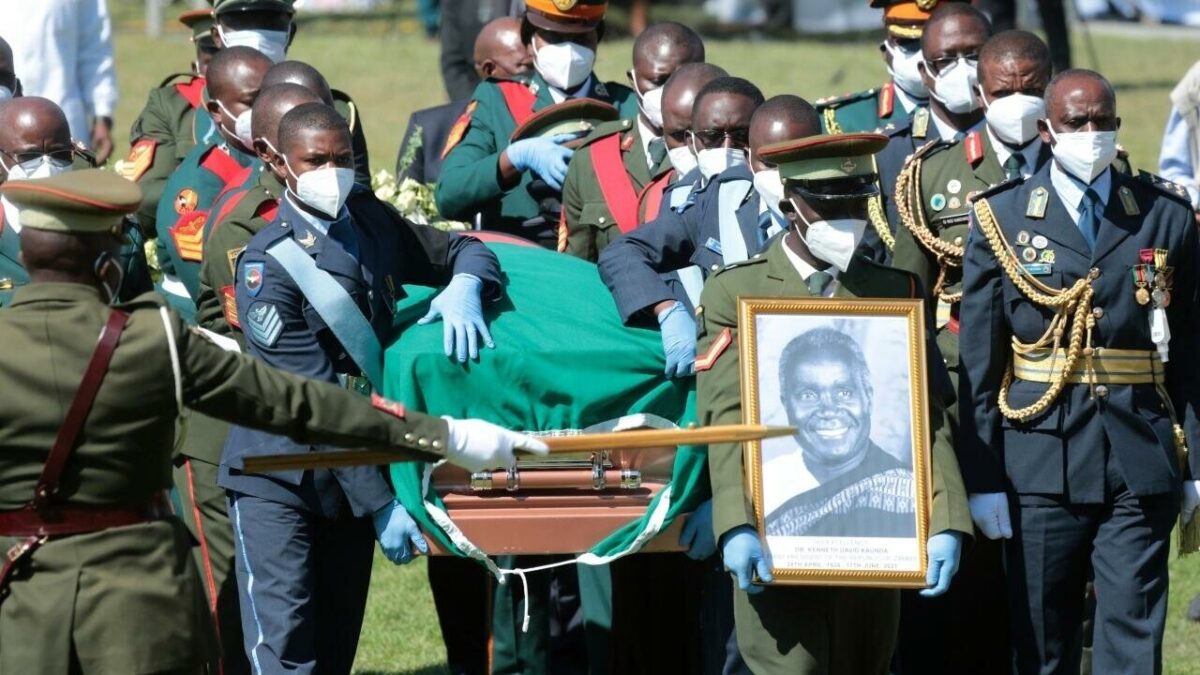 “KK”, as he was affectionately known, ruled over Zambia from 1964, when the southern African nation won its independence from Britain, until losing an election in 1991. He died on June 17 in a military hospital in Lusaka.

Kaunda’s casket draped in the green, orange, black and red national flag was driven into the main arena of the Lusaka show ground on a gun carriage by an army jeep.

His son, Panji, wept, as did Kenyan President Uhuru Kenyatta. Other mourners waved white handkerchiefs, one of the most prominent idiosyncrasies of Kaunda, who after leaving office became a committed activist against HIV/AIDS.

Although Zambia’s copper-based economy did badly under his rule, Kaunda will be remembered more as a staunch African nationalist who stood up to white minority-ruled South Africa.

“We will never be able to pay back the debt that we owe you,” South African President Cyril Ramaphosa said, while Zambia’s President Edgar Lungu lauded Kaunda’s record as an anti-imperialist who “believed that … Africans deserved to decide our own destiny as a people and that we could not be discriminated against”.

“He was a warrior who defeated the Goliath of oppression,” said Scotland.

Kaunda was given full military honours, including a 21-gun salute and an airforce jet display.

In a message, Britain’s Queen Elizabeth said Kaunda’s “maintaining Zambia as a bastion against apartheid has earned him a place in history”. – Reuters