Apostolic sect leader arrested after being found with cobra 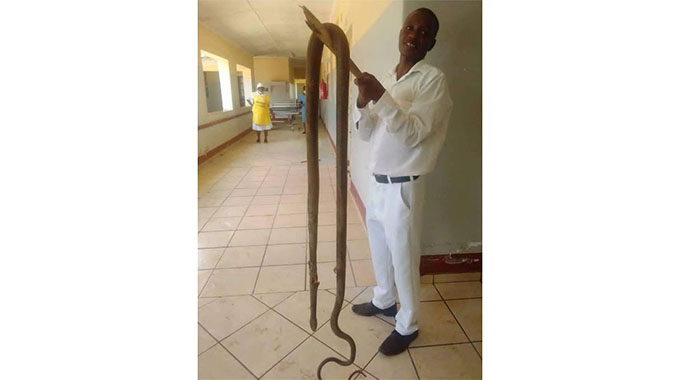 A 28-year-old Madzibaba Maxwell Muguta of Chikanga, Mutare, was arrested by CID Marondera after being found in possession of a Rinkal Cobra.

He was arrested at Mukuti business centre at the 60km peg along the Harare Mutare highway looking for transport to Mutare after police received a tip off.

Upon questioning, he revealed that he had bought it for $US70 from a traditional healer known as Magorimbo from Seke intending to use it for ritual purposes.

Madzibaba Muguta is in custody at CID Marondera assisting detectives with investigations and will appear in court soon.