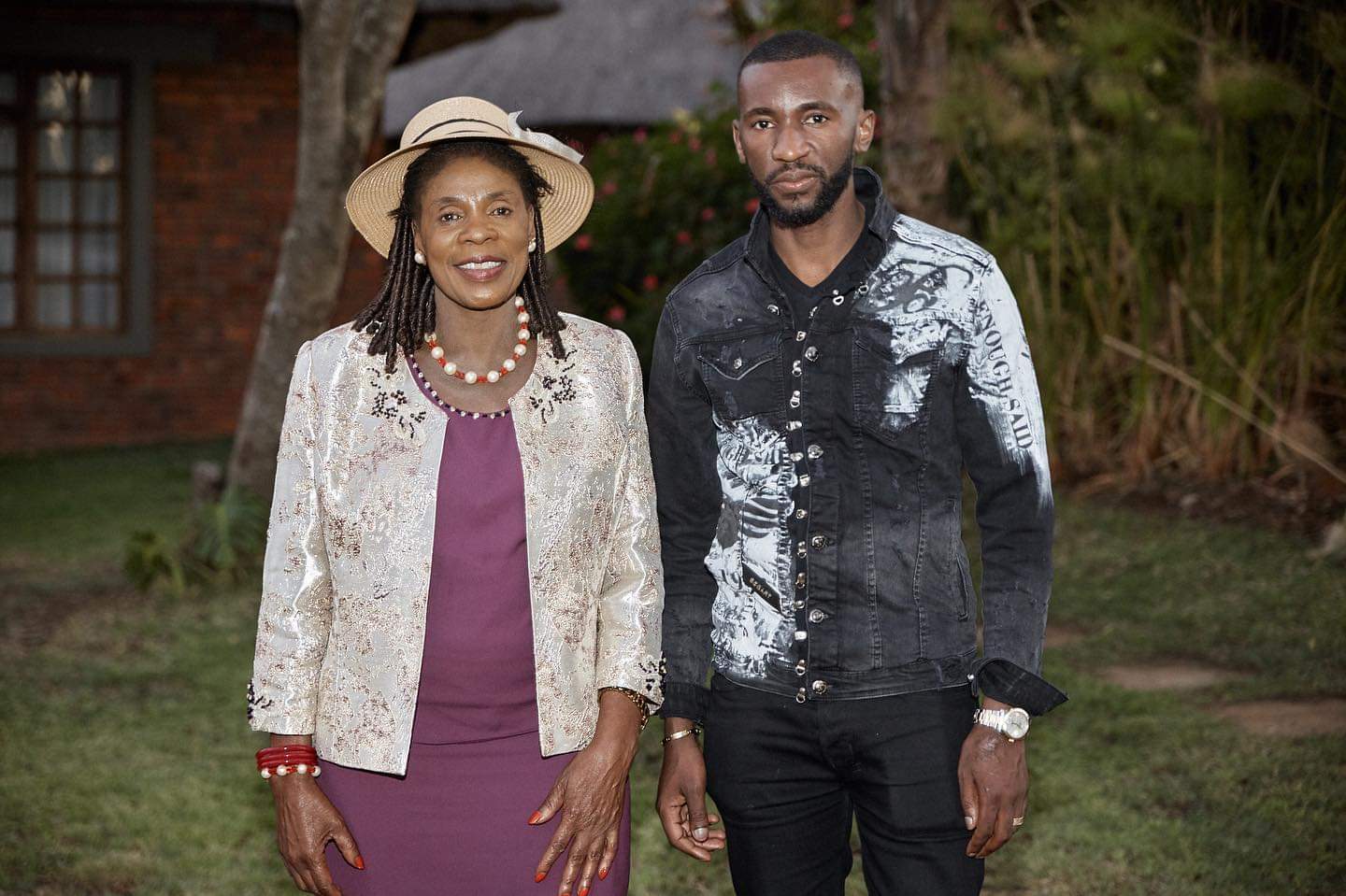 Prophet Passion Java’s mother, Movement for Democratic Change –Alliance Senator for Buhera Christine Rambanepasi has spoken of delight that her womb is blessed because she gave birth to a servant of God.

“I can proudly say that God blessed my womb because I gave birth to servants of God.My two sons prophet Passion and Apostle Java always pray for me and their prayers have made me who I am today. It wasn’t easy raising my children as a widow but God has made all of my children successful and I am happy that this achievement I got has also made them proud,” she said.

Gogo Christine as she is affectionately known, poured out how her son , despite drawing a lot controversy started prophecy at a very tender age.

Born on October 29, 1987  Panganayi Java , renamed at baptism to Passion is no ordinary man. He is the youngest child in a family of six with three boys and two sisters. His elder brother Batsirai Java was married to the late MDC leader Morgan Tsvangirai’s eldest daughter Vimbai. Prophet Passion is of the Mhofu totem and hails from Java Village in Buhera Central.

Prophet Java  unlike other kids  only breastfeed for One month and three days and he took himself off . He never cried as a child. He was a special child from the womb.

According to her mother , he started his prophecy while at primary school in grade 4. In March , on a Tuesday morning he had dream that he wanted to share with his father Charles Java before he accompanied him to school. He told them he dreamt his father being chased by a lion that later bite him on the Achilles as he approached the house gate and he could see the lion right there and was so scared. They laughed , she said.

Two days later on a Thursday he stormed his father’s bedroom with another dream where he explained he saw men with big beards drowning him into a drum full of water and warmed his father not to travel to Buhera for a memorial. Charles defied his son. He traveled to Chigavakava area. A day later he came back vomiting heavily  and was chocked with allegedly poisoned meat. His father died Sunday that week.

Later on Prophet Java began praying for other sick students while in grade 6 and her mother was summoned to the school by the head .This continued at his secondary school at Seke High 2 in Chitungwiza where he led Scripture union and he performed miracles and confronting Satanists. While Java once prophesied the death of his teacher’s mum and the exact time. He even prophesied his mother being a minister and only to become a senator two decades later.

Two weeks before the death of Vimbai Tsvangirai, Prophet Passion sent a text message to his brother Apostle Java at 2 am. He told his brother to inform his wife to spend two-three weeks at home and not to drive any vehicle. According to Gogo Christine, Prophet Passion saw a vision of Vimbai in a dream.She was on Mars and waving a flag.This is what prompted the text message and foreseeing her pending car accident.

Her mother joked about the guns he recently paraded on social media saying there are toys. “Passion doesn’t need guns, he is a true man of God. Mwana akarongeka”, she stressed. Christine  fainted in Parliament  on hearing of Vimbai’s death in June 2019.

Prophet Passion  recently acquired a US$94 000 property for his mother in Waterfalls as well as another in Dubai.

VP Chiwenga Airlifted To South Africa After He Collapsed in Office