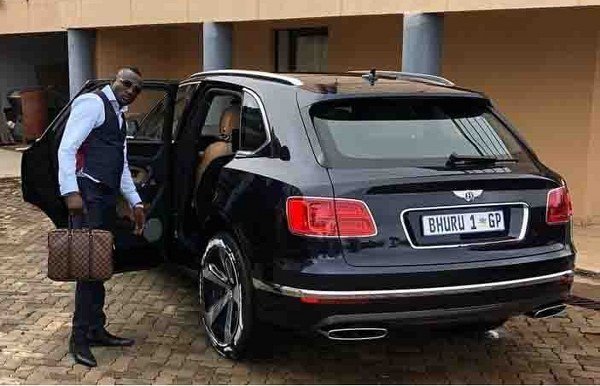 HARARE – Businessman Genius Kadungure has been acquitted after a full trial over an alleged R1.5 million swindle.

Prosecutors had failed to prove their charge of fraud, magistrate Morgen Nemadire ruled on Friday.

Nightclub owner Kadungure had originally been charged with tender businessman Wicknell Chivayo, who was acquitted in the middle of the trial for lack of evidence linking him to the crime.

“The victims did not act on any misrepresentation by the accused person. The misrepresentation was made by this C. Mukonori of Marange Diamonds. Kadungure was not involved in any of the rings forming this cyber-crime. Evidence is such in a way that the accused is not in any way connected to the offence,” Nemadire said, reading his judgment.

It was the prosecution’s case that sometime in November 2012, Chivayo and Kadungure connived and created a fictitious company called Transco Civil Engineering (Transco) renting computing space at Hetzner (Pvt) Ltd in South Africa. They opened an ABSA bank account in the name of the company.

They allegedly opened an email account procurement@marangediamonds.compurporting to be from the procurement of Marange Diamonds, a diamond mining company.

Chivayo and Kadungure, acting in connivance, then allegedly contacted Gatawa, the managing director of Even Mine and Milling Centre in Kadoma and misrepresented that they were buyers at Marange Diamonds – an actual diamond mining company – and were looking for mining pumps.

They allegedly gave Gatawa an order to supply 10 T-90 Transco-Flo Helical Rotor pumps and referred him to Transco, knowing that it was a fictitious company created to carry out a scam.

Gatawa then sent his younger brother, Enock, to deposit R446,900 into the ABSA account on December 4, 2012. A further R600,000 was deposited later the same day in two instalments.

After transferring the money, Gatawa contacted Transco and was told to return to Zimbabwe and wait for delivery of the pumps from DHL within three days. Gatawa got a parcel that had cellphone chargers instead and realised that they had been swindled.

Kadungure, the court heard, used R500,000 to buy gas from Reatile Gas in South Africa and another R500,000 was transferred to Edward Teka’s bank account. Teka, said prosecutors, stated that the money was later withdrawn and handed over to Chivayo and Kadungure.

Magistrate Nemadire said it had been proven that Kadungure received R500,000 of the swindled amount – but he was satisfied that the 34-year-old had no idea it was the proceeds of crime.

The trial heard that Kadungure had paid back $50,000 to Gatawa – but his lawyer argued this was only to protect his reputation after he was linked to fraud. Kadungure had borrowed money from Chivayo and it was the latter who sent him the dirty money, his lawyers argued.

“It is possible that the accused felt bad about using money which belonged to another person to purchase gas and decided to pay back. That sounds possible,” the magistrate said.

“It is possible he was concerned about protecting his reputation by engaging Gatawa and paying back. This court can’t say the State proved its case beyond reasonable doubt. Its case was a fishing expedition. To call the accused a fraudster is next to zero,” Nemadire added.

MP reveals he is HIV positive