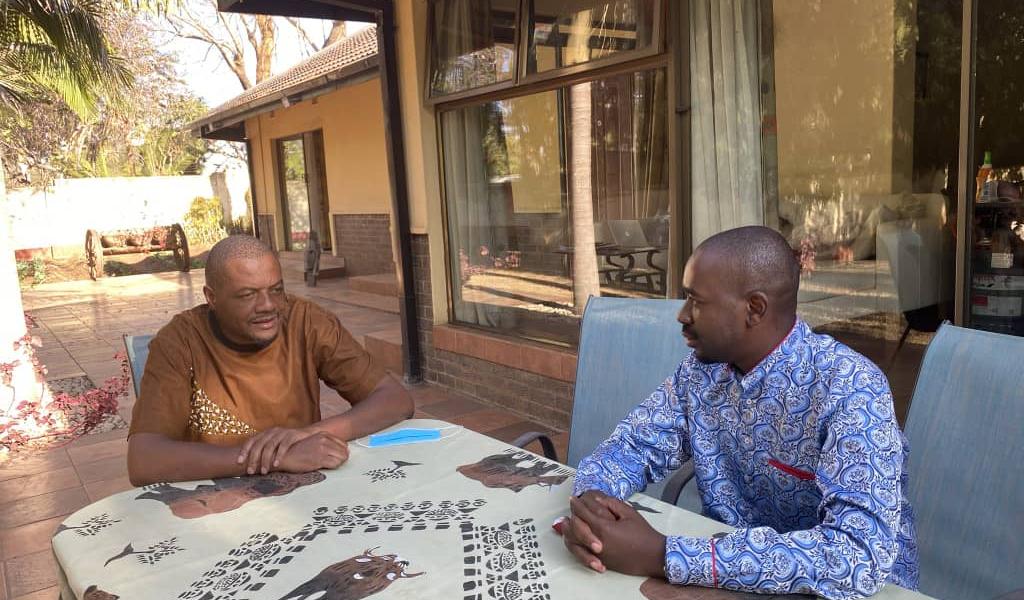 Zimbabwean journalist and documentary filmmaker, Hopewell Chin’ono has questioned some of the appointments made by Nelson Chamisa, the leader of opposition MDC Alliance.

Chin’ono said the appointment of Welshman Ncube to deal with International Relations affairs while Tendai Biti, whom he says is well-connected yonder Zimbabwe, was an oversight on Chamisa’s part. He posted on Twitter:

The appointments of Welshman Ncube in International Relations and Tendai Biti in Policy and Admin haven’t worked.

Ncube lives in Bulawayo where there is no single embassy. Biti is a well known Foreign Affairs expert.

Why not swap them and allow their strengths to come through?

The freelance journalist added that “No Zimbabwean politician has an international contact book as Tendai’s. Welshman is a brilliant administrator, so their appointments are a misplacement”.

MDC Alliance Secretary-General, Chalton Hwende responded by tweeting a list of senior party members and their respective portfolios. He said:

On a point of correction, Prof Ncube is the VP responsible for Finance and Admin. Hon Tendai Biti for Policy and Local Government Hon Lynette K. Kore for Party Building. Prof Ncube also assists on International Relations which is largely located in the Office of our President.

Some social media users said Chin’ono was asking not because he was concerned with the party’s affairs but for publicity purposes, while some accused of being a ZANU PF agent. Below are some of the responses:Ashton Bumhira @bumhiraashton:Chamisa did those appointments & you have his contacts. I just wonder why not just give him that direct advice. It seems you always want to be seen to be the most clever one. I’m convinced if you were this clever you could have surely done something incredible yourself.Alexander Rusero @AlexanderRusero:The Big Brother suffers from a crisis of self-importance. We have had a challenge with one Old Journalist in Zimbabwe who has a similar ego of viewing himself better than the rest!A few weeks ago, Chin’ono was at loggerheads with a contemporary musician, Mukudzei Mukombe known as Jah Prayzah after the latter had not participated in the #ZimbabweLivesMatter campaign.Jah Prayzah suggested that if Chin’ono was genuinely interested in correcting him, he would have approached his office since he has always been visiting it for other reasons.