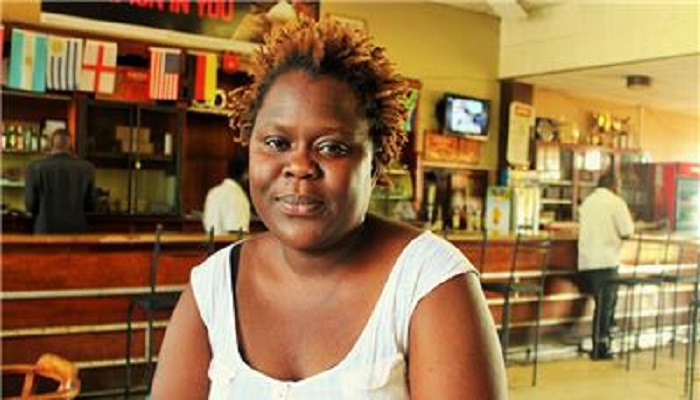 DC-Alliance sent some of its members for military training in some southern African countries ahead of the July 30 harmonised elections and the recent outbreak of fires in several cities could be the work of such forces, MDC-T spokesperson Ms Linda Masarira said yesterday.

Posting on her Twitter handle @lilomatic in the wake of a fire outbreak at Siyaso market in Magaba, Harare, yesterday, Ms Masarira said some unruly elements from MDC-Alliance were trained by Serbians in some unnamed southern African countries.

“Could this be the work of some unruly elements who went for training by the Serbians in neighbouring southern African countries during the election period,” she posted.

In another tweet, Ms Masarira said: “Kadoma Edgars and surrounding buildings in Kadoma town gutted by fire a few minutes ago. Glen View house furniture industry was gutted by fire as well earlier today. The frequency of these fires is mind-boggling. It seems like there is a deliberate planned dilemma action going on,” said Ms Masarira.

Her tweets followed the outbreak of fire at Mpilo Hospital in Bulawayo, Glen View 8 Complex in Harare, Edgars and Jet Stores in Kadoma, and yesterday’s conflagration at Siyaso Market that destroyed property and six vehicles.

Asked to elaborate on the Serbian training issue, Ms Masarira said she would divulge more details in due course.

The MDC-A is known to have a uniformed outfit called the Vanguard led by its deputy youth chair Mr Shakespeare Mukoyi.

The Vanguard members entertained supporters with military drills at Mr Chamisa’s rallies in the run-up to elections.

MDC-A recently announced that the outfit had been disbanded, but the party leader Mr Chamisa recently certificated its members during their 19th anniversary celebrations at Gwanzura Stadium.

During the burial of Mr Tsvangirai in Buhera, members of the Vanguard threatened to torch a hut that was housing then vice president Dr Thokozani Khupe and other senior party members who were opposed to Mr Chamisa’s bid for the party presidency.

On August 1, MDC-A leaders addressed party supporters at Harvest House in Harare urging them to go and defend their votes by marching in the streets, resulting in the death of six people.

President Mnangagwa launched a Commission of Inquiry into the events of August 1, and the Commission is currently seized with unravelling the matter.

“These sentiments coming from a person in the rank and file of the opposition should not be taken lightly in the face of fire outbreaks which by all standards can never be judged as spontaneous. There is reasonable suspicion that these are well choreographed acts of arson and banditry that are reminiscent of the arson attacks that were orchestrated by the democratic resistance committees some decade ago.

“That the MDCs have been training elements on acts of sabotage and banditry in some neighboring countries and overseas is no longer a matter of speculation but one that needs serious investigation. These fires should be looked in the same context with August 1 events and those behind such acts would always want the public to think they are spontaneous tragedies yet they are well-planned.

“If one looks at the businesses that have been affected, there is little doubt that this was well rehearsed and strategically planned since most of the indigenous operators in these sites such as SiyaSo and GlenView Area 8 are allegedly pro government given that they are beneficiaries of the indigenisation and economic empowerment initiatives,” Mr Mugwadi said.

Mr Alex Taguma also of Harare concurred saying Ms Masarira’s expose could shed light on the events of August 1 that culminated in the fatal shooting of six protesters.

‘’The Commmission of inquiry into August 1 is seized with the question of who shot the protesters. The MDC-A is known to have ex-Selous Scout elements in its rank and file and I would not put it past them to masquerade as soldiers in uniform. Government needs to investigate this,’’ he said.

“If Linda Masarira has said that, then she is hallucinating and has probably taken in some dangerous drugs,” he said.

“Everyone in the know is clear about what caused the fire and a quick check with the fire brigade will produce the answers. This idea of trying to criminalise another political party through simply because of policy failures by the current government to regulate society in a meaningful manner that avoids such man-made disasters is laughable were it not tragic. In fact, if Linda said that, then she has an evil heart, a sinister mind and should go for cleansing before she drives herself mad,” said Mr Mafume.

Ms Masarira hit back with another tweet saying, ‘’Those who were trained are silent because they know they are in deep trouble. Only the ignorant diaspora based followers are making jokes about it on Zwitter. Anyway investigations are already underway and the culprits will surely be brought to book,’’ she said. — Herald

Ginimbi released on $1,000 bail at the High Court