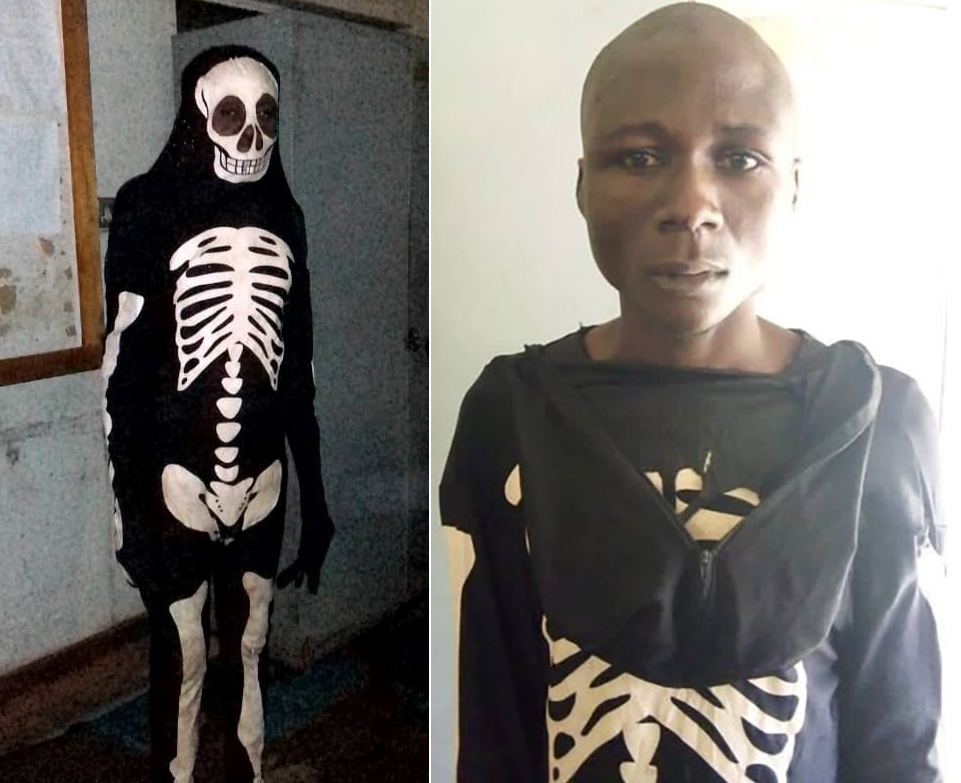 HARARE – A robber who dressed up as a human skeleton to terrify his victims is beginning a three-year prison sentence this week.

Norman Chagwiza, 27, of Mutsambiwa Village in Gutu, pleaded guilty to one count of robbery before Gutu magistrate Mandlenkosi Ndlovu on Monday.

He was jailed for four years, but 12 months of the sentence were conditionally suspended.

Chagwiza’s cousin, Musiiwa Gondoro, with whom he allegedly carried out robberies, was found hanged on May 31 after allegedly committing suicide fearing arrest.

Chagwiza’s trial heard that at around 1AM on May 13 this year, he armed himself with a machete and wore his terrifying costume and mask before walking to the home of Elizabeth Chipika from the same village.

The frightened woman, who was alone, handed over an undisclosed sum of money to Chagwiza who disappeared into the night.

Prosecutor Bati Bati said days later on May 25, Chagwiza went to the home of Thomas Chivhura, in the same village, with the intention of stealing solar panels on the roof of one of the buildings.

He used a ladder to get to the roof but an alert Chivhura, who heard a disturbance on the roof, went out to investigate. Chagwiza quickly got down and fled from the scene.

Chivhura and his neighbours gave chase and caught up with Chagwiza, whose identity was quickly established when they stripped him of his costume and mask.