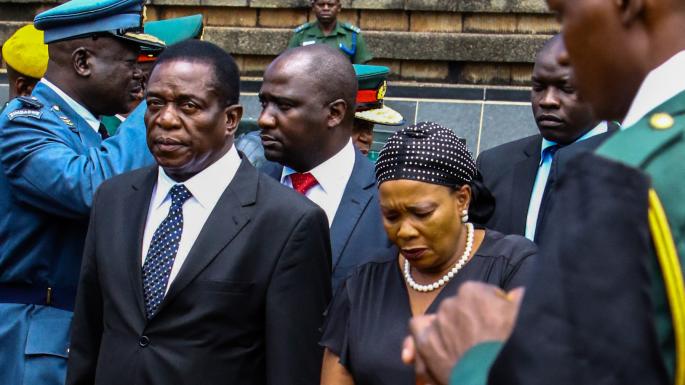 Former president Robert Mugabe’s family says his health deteriorated after he was overthrown in a military coup in 2017 and he never forgave those behind his outster.

Mugabe, who died aged 95 at a Singapore hospital on Friday, was forced to resign after he was put under house arrest by the military, which also took over government institutions.

President Emmerson Mnangagwa last month said his predecessor had been detained at a Singapore medically facility since April.

The former ruler’s nephew who is the family spokesperson told The Standard in Zvimba, Mugabe’s rural home, yesterday that his uncle died a bitter man.

“He died a very bitter man,” he said. “Imagine the people that are guarding you that you trusted the most turn against you.

“They have dented his legacy; it was not an easy thing.”

The former Zanu PF MP said Mugabe never recovered from the effects of the coup and was very bitter until his last days.

“We tried to cheer him up after the November coup, but he was very angry and did not change,” he added.

“He wanted to hand over power two weeks before the coup but was not afforded the chance to do that and his health took a nose dive.”

He said no one ever sought forgiveness from Mugabe after the coup and there was no chance to reconcile the warring parties.

Army generals led by then commander Constantine Chiwenga moved to dislodge Mugabe after he fired Mnangagwa at the height of a bitter succession battle in Zanu PF.

One of the reasons the generals gave was that Mugabe was purging war veterans and Zanu PF was in danger of losing elections the following year.

Mnangagwa, who had a brief stint in exile in neighbouring South Africa returned to take over the reins in both Zanu PF and government.

During his 94 birthday celebrations in Harare last year, Mugabe described Mnangagwa’s government as his tormentors.

In a subtle dig on Mnangagwa’s government, Mugabe’s nephew said the long-time ruler was not to blame for violence that had blighted his legacy. He said those behind the violence were still in charge.

“He was never violent,” Leo added. “The architects of violence are still there.

“There are people who do violence in the name of the president and that does not mean the president consented to it. It was never him.”

Mugabe’s family reportedly held a meeting in Zvimba on Friday where they are allegedly resolved that Defence minister Oppah Muchinguri-Kashiri and her deputy Victor Matemadanda would
not be allowed at his funeral.

Muchinguri-Kashiri accused Mugabe of being a sell-out in the aftermath of the coup and the former president’s family members said he never forgave her.

Mugabe will only answer to God, says his spiritual Father Mukonori

Mugabe died so poor , his regular mode of transport in Singapore was Uber taxis