Reserve bank of Zimbabwe Governor Dr John Mangudya has been fired, with a senior World Bank official being tipped for the post, reports suggest.

She also removed any doubts regarding Bvumbe’s latest appointment by by sharing pictures of the incoming RBZ boss farewell party at World bank pending the new appointment.

Mangudya took over as RBZ chief in March 2014, replacing Gideon Gono who was blamed for the hyperinflationary mayhem of the period up to 2008.

Mangudya’s job has been on the line following president Emmerson Mnangagwa unannounced visit at RBZ last month, raising uncertainty over his future.

Mangudya was also feeling the heat as he himself indefinitely suspended four senior managers on allegations of corruption raised against them by the then chairperson of the Finance and Economic Development Communication Taskforce, Mr Acie Lumumba.

Efforts to get any comments from John Mangudya were fruitless as his phones were out of reach at the time of publication of this article. 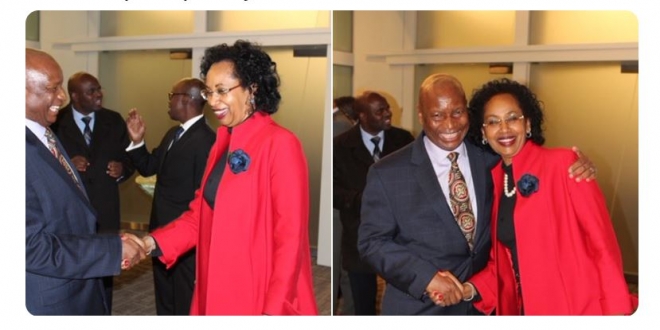