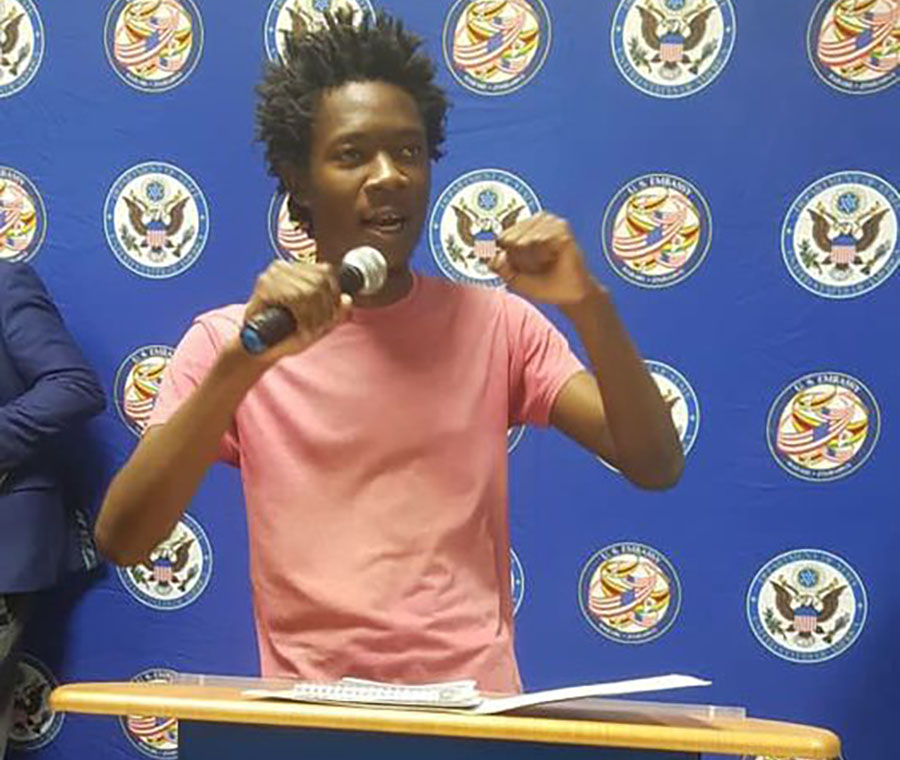 HARARE – Student activist Allan Moyo was denied bail on appeal by the High Court in Harare on Thursday, after a judge ruled that his lawyers failed to impugn the ruling of a magistrate.

The 23-year-old University of Zimbabwe student was arrested on December 7 for an offence allegedly committed months earlier on July 3.

Prosecutors say he addressed commuters at a bus rank in Harare calling for a violent revolt against President Emmerson Mnangagwa, whom he accused of causing the suffering of citizens.

He was charged with incitement to commit public violence, and was denied bail by Harare magistrate Judith Taruvinga.

Justice Davison Foroma, in a judgement delivered on Thursday, said: “The appeal is premised on the following ground: ‘The court a quo erred in denying appellant bail when the state had failed to establish compelling reasons for his continued detention, in particular when no evidence was placed on record to prove that the appellant was a flight risk or would abscond if released on bail.’

“It is trite that no appeal lies against the refusal of bail to an appellant per se, this has been stated in various previous decisions… In order for an appellant to succeed in an appeal against refusal of bail, an appellant must show that the court a quo, in denying the appellant bail, committed a misdirection or an irregularity. The court a quo cannot have its decision regularly and judiciously arrived at imply impugned because another tribunal faced with the same facts could have come up with a different decision, namely one granting appellant bail pending trial.

The judge said it was “essential when framing the ground of appeal against refusal of bail to aver a misdirection or an irregularity as the basis of the challenge.”

“For the reason that applicant does not suggest the nature of the error complained about, this court should be spared the agony of determining the real cause of complaint by declaring at the outset that the ground of appeal is fatally defective. I find appellant’s grounds of appeal to be fatally defective and accordingly dismiss the appeal,” Foroma ruled finally.

Moyo’s lawyer Obey Shava told ZimLive: “I respectfully disagree with the court. The law is on our side. Various Supreme Court decisions are on my client’s side as well.”

Shava said it was their view that if the judge thought the appeal was fatally defective, he should have struck it off the record instead of making a finding which denies them an opportunity to appeal.

“We now have one avenue, which is to return to the Magistrate’s Court with a fresh bail application on changed circumstances. When we applied for bail initially, there was no Covid-19 lockdown which has resulted in trials being deferred. We will be doing this at the earliest possible opportunity,” Shava said.

Zimbabwean doctor Tsitsi Chawatama to head Save the Children UK