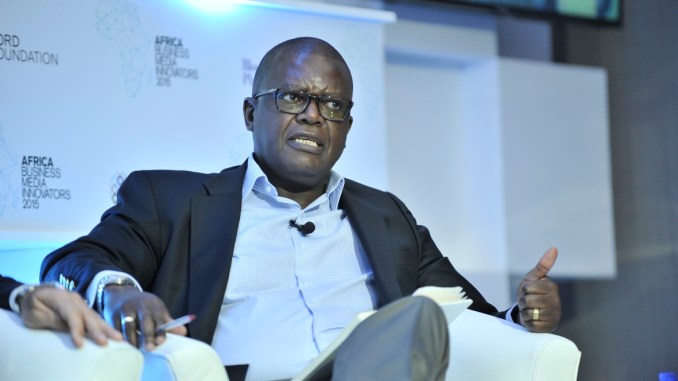 THE media should not be aligned to political parties and it should serve the best interest of the country, Alpha Media Holdings (AMH) chairman Trevor Ncube has said.
Speaking at the Zimbabwe Independent’s 25th anniversary celebrations in Harare early this week, Ncube said political parties have narrow agendas that they sell as the country’s agenda which the media must not confuse with the national agenda.

The Zimbabwe Independent, AMH’s business weekly, was launched on May 10 1996 with Ncube as co-founder and editor. Ncube said citizens should fight to safeguard independent journalism.

“The most important thing at AMH is Zimbabwe. We might disagree about who is in charge, but at the heart of everything that we do is Zimbabwe. Are we making progress as a nation, human rights, the development of our people, the education of our people?” Ncube said.

Ncube said the Zimbabwe Independent and the AMH staff were patriotic and wanted the country to prosper.

“What is important for Zimbabwe is economic prosperity, unity, political stability, that is what is important,” he said, adding that the media ought to look at the big picture and help create a society that will be inherited by posterity.

Ncube said Zimbabwe “is at the heart of AMH” as Zimbabwe Independent celebrates 25 years of giving the country a platform where people can robustly engage on issues affecting the country.

Speaking at the same occasion, AMH editor-in-chief Wisdom Mdzungairi said the Zimbabwe Independent has become an authoritative voice in the business circles.

“Our commitment to Zimbabwe is that Zimbabwe Independent continues to be an authoritative newspaper and continues to champion the country’s development going forward through factual, timely and relevant news to its readers.”

Mdzungairi said AMH looked into the future with full confidence in unfiltered journalism, adding that AMH viewed itself as an important pillar of the government and the business sector. – News Day

Manchester United manager to step down