Goalkeeper George Chigova was the hero for Zimbabwe again, as he took his team to a 3-1 penalty shootout win over Lesotho in the semifinals of the 2018 Cosafa Cup on Wednesday evening. 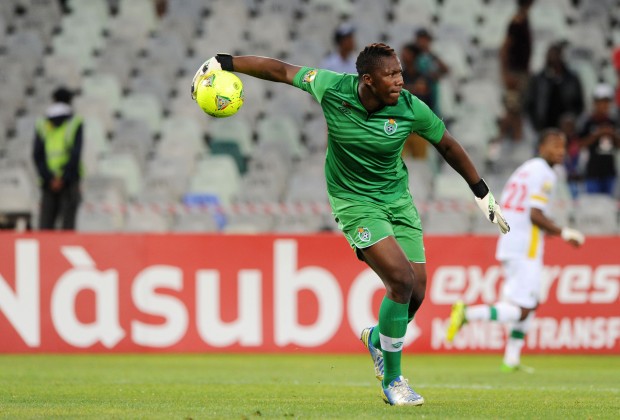 The match at Peter Mokaba Stadium ended goalless and went to penalties, and just as against Botswana this past weekend in the quarters, the Warriors’ goalkeeper was nigh on unbeatable between the posts and led his team to victory.

Zimbabwe will go on to face Zambia in the final on Saturday, while Likuena will battle Madagascar for the bronze medals on Friday.

Zimbabwe enjoyed the early ascendancy and managed to bring their trio of forwards – Khama Billiat, Brian Amidu and Evans Rusike – into the game on a regular basis, though they were unable to test Lesotho goalkeeper Likano Mphuthi.

Likuena created the first clear chance of the match midway through the first half, with quarterfinal hero Sera Motebang getting in behind the Warriors’ defence, only for his low shot from a tight angle to flash harmlessly across the face of goal.

Zimbabwe’s best scoring opportunity of the first half went the way of Amidu in the 45th minute, with the forward latching onto the ball while unmarked in the penalty area, but Mphuthi came off his line and did just enough to keep the game goalless at half time.

Lesotho showed far more attacking impetus after the break, and had a couple of promising moments early in the second half when Zimbabwe goalkeeper George Chigova was drawn off his line, but they were unable to fully capitalise.

Likuena then created a fine opportunity for substitute striker Masoabi Nkoto midway through the second stanza, as he met a left-flank cross but was unable to direct his header on target, while moments later Zimbabwe replacement Philana Kadewere was guilty of the same thing from an even better chance at the other end.

The match ended goalless after 90 minutes, before Chigova took centre stage by saving Lesotho’ first two spot kicks to set his team up for victory.