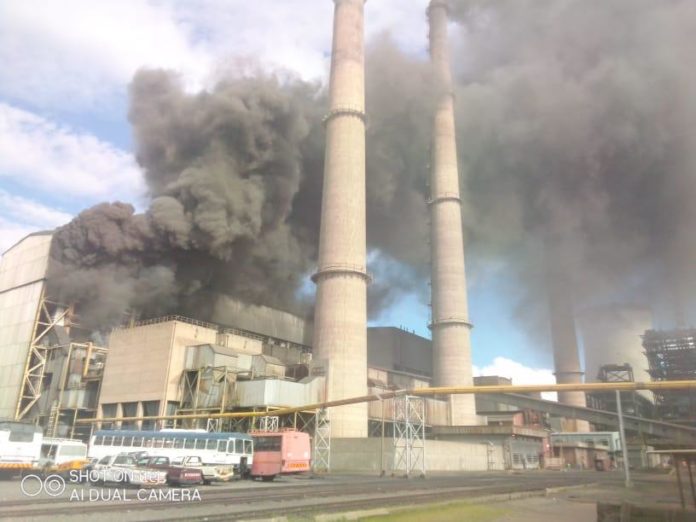 Zimbabwe experienced three hours of load-shedding on Wednesday evening after a fire broke out at Hwange Power Station Unit 1.

The blaze was caused by a leak in the diesel supply line and lasted about 40 minutes, ZESA chairman Sydney Gata said.

The unit caught fire at around 1700 hours.

“The fire broke out in the Unit 1 boiler as a result of a leak in the diesel supply line and lasted for about 40 minutes. There were no casualties resulting from the fire,” Gata said in a statement.

“Although we lost 140 MW leading to load shedding between 1730hrs and 2030hrs due to suspension of load on Units 2 and Unit 5. We are in the process of firing the two units to restore power supply to the national grid.”

Normal supply is expected to resume on Thursday February 11.

Sources told Zim Morning Post that the fire damaged several items including all cables on the basement area of the unit.