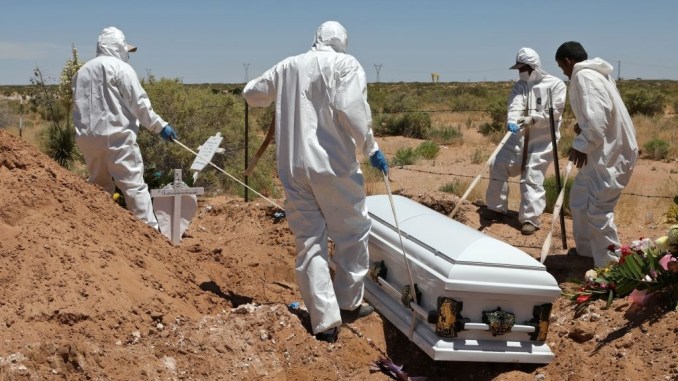 Zimbabwe’s gravediggers are struggling to cope with the high number of people who are dying of COVID-19 as the country grapples with a deadlier second wave of the pandemic.

Thomas Rasauka (not his real name), a gravedigger in Zimbabwe’s capital, Harare, told Al Jazeera that since New Year’s Day he has had very little rest.

Rasauka, who has been in the gravedigging profession for 12 years, said they are digging 10 to 12 graves daily now and that the past few weeks have been the most tiresome and busiest periods since he became a gravedigger.

Rasauka works with seven colleagues at Warren Hills Cemetery, one of the oldest graveyards west of Harare.

He said:People are dying in numbers because of COVID-19. Three out of five burials here are COVID-19.

Prince Mupamombe, a 28-year-old flower vendor at Warren Hills Cemetery, said there has been increased traffic into the graveyard in the new year. He told Al Jazeera:

We have seen a number of COVID-19 funerals come and go. Every day we see them come in and bury the dead

We can tell from the PPE clothing they wear. Last year, we would see only two to three funeral processions daily.